Two Dimensional Shapes and Lines definitions, examples, and properties are here. Check the various 2D shapes along with their properties and perimeters to know the complete details regarding them. Follow the example problems, frequently asked questions of two-dimensional figures along with the one-dimensional(lines). Go through the further modules to know how the shapes are described and how the area and perimeter are calculated.

What are 2D Shapes and Lines?

In geometry, 2D shapes will be defined as the flat plane shape or figure which has length and width. 2D shapes will not have a thickness to measure. Solids are generally covered by faces and are 3 dimensional in shape. The outer surfaces of a solid are known as faces which may be plane or curved as a two-dimensional figure.

2D shapes are defined as plane figures which can be drawn on a plane surface or paper piece. Every 2d shape will have the parameters like perimeter and area. Some of the shapes will have corners, curved boundaries, and sides.

The 2d shapes are of types are triangle, circle, rectangle, square, quadrilateral, pentagon, octagon, hexagon, etc. All the shapes as considered polygons which will have sides except a circle which will have a curved shape. Now we will discuss each shape in detail: 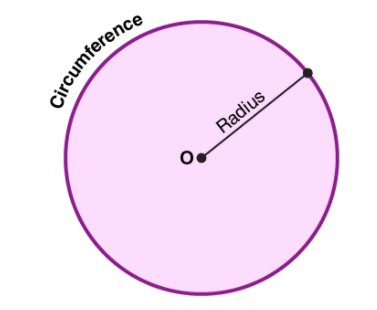 The closed 2D figure which is the set of all points in a plane and equidistant from the given point is known as the “center”. The distance from the outer line to the center of the circle is called a radius. Examples of a circle are wheels, orbits, pizzas, etc. 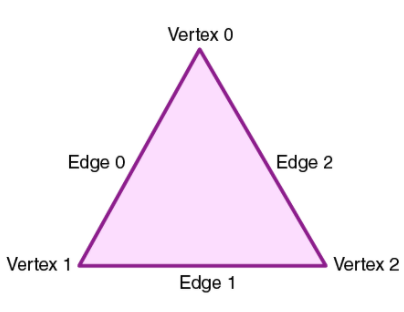 The three-sided polygon with three vertices and edges is known as a triangle. The three angles of a triangle give a sum of 180°. The best example of the triangle is the pyramids. 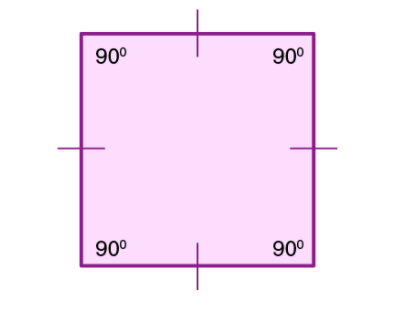 A four-sided polygon that has four equal lengths of sides and angles which are equal to 90° is known as a square. A 2-dimensional regular quadrilateral is a square and their diagonals bisect each other at 90°. The examples of the square are a table, wall etc.

A 2D figure with four sides where the pair of opposite sides are parallel and equal to each other is known as a rectangle. The angles in a rectangle are equal to 90°. Examples of the rectangle are Cardboard, TV, brick, etc. 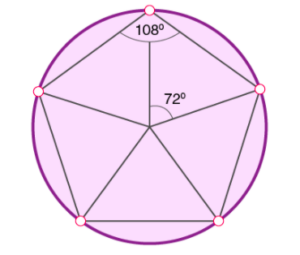 The figure with five sides that may be regular or irregular is known as a pentagon. Each of the interior angles of a regular pentagon is equal to 180° and the exterior angle is equal to 72°. The headquarters of the US, the Pentagon building is the best example of the pentagon figure. 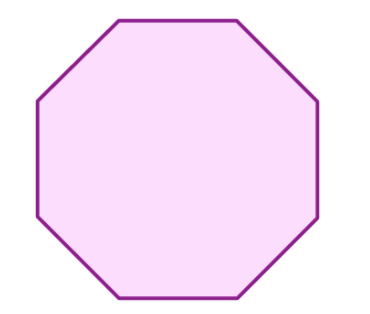 The figure with eight sides polygon may be regular or irregular is known as an octagon. Each of the interior angles of the octagon is equal to 1080°. An example of the octagon is the stop signboard which you can see the signboard.

Perimeter and Area of 2D Shapes

A one-dimensional figure which has no width but the only length is known as a line. The line is a set of points that extends in either direction infinitely. The two or more points that lie on the same line are known as collinear points. Lines like horizontal, vertical, parallel, and perpendicular lines are the various types of lines present in geometry.

For suppose, the square has four lines of the same lengths whereas the triangle has only 3 lines.

FAQs on 2D Shapes and Lines

Question 1:
What is a 2D shape?
The 2D shape is the two dimension figure which is defined in x and y axes (horizontal and vertical axes). The flat figures which have only length and width are known as 2D shapes.

Question 3:
What is the difference between 2D and 3D shapes?
2D shapes do not have thickness or height but 3D shapes have height.

Question 4:
What type of shape is a line?
The line is a one-dimensional shape.