The figures that demonstrate the shape of the objects are known as Geometric Shapes. These shapes have angles, boundary lines, and surfaces. Geometrical Shapes are of different types like 2D and 3D. Shapes are categorized with respect to uniformity or regularity. The regular shapes of the geometry will be symmetric most of the time like circles, squares, etc. A few of the shapes are freeform or organic shapes. For example, the shape of bush or creepers is organic or irregular.

The figures that demonstrate the shape of the objects are known as Geometric Shapes. 2D figures lie on the X and Y axis but 3D figures lie on the X, Y, and Z-axis. X and Y-axis show length and breadth whereas Z shows the object’s height. To draw the figures we have to start with the line segment or line or a curve. Based on the arrangements or number of lines, we will get different shapes like a triangle, pentagon, etc.

Types and Properties of Geometric Shapes

As mentioned above there are various types of geometric shapes. The properties of those shapes are as follows:

Radius:
Radius is considered as the distance between the center and any point on that circle.

Diameter:
The diameter is the line that passes through the center and meets at any points on the circle.

Scalene Triangle
All the side lengths with different measurements are known as a scalene triangles. In this triangle, no two sides will be of equal length.

The above figure shows that no two sides have an equal length which is a scalene triangle.

Equilateral Triangle
The triangle which has a length of equal sides is called an equilateral triangle. This triangle will have all the angles equal to 60° and 3 lines of symmetry.

The above figure shows that all the sides of the triangle are equal.

Isosceles Triangle
The triangle with 2 equal angles and 2 sides of equal length is known as the isosceles triangle. All these triangles will have a line of symmetry. 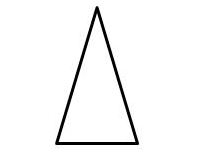 The above figure shows that both the angles and sides are equal.

Right Triangle
The triangle with one angle of 90° is called the right-angled triangle.

Obtuse Triangle
The triangle with one angle greater than 90° is known as an obtuse triangle. The other two angles of the triangle are acute which are less than 90°.

The above figure shows that one angle is greater than 90° which is an obtuse triangle.

Acute Triangle
The triangle with all sides as acute(less than 90°) is known as an acute triangle.

The above figure shows that all the angles are less than 90° which is an acute angle triangle. 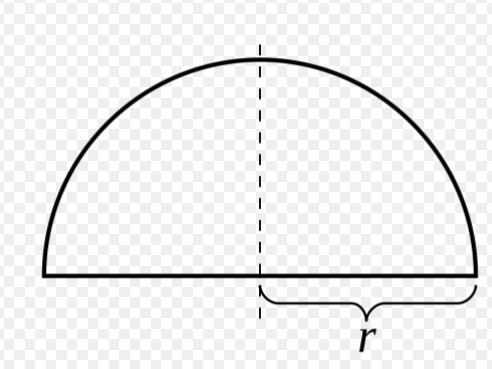 The semicircle is defined as a half-circle that is formed by cutting the complete circle into two equal halves along the diameter line. The semicircle has one line of symmetry which is the reflection of that symmetry. From the above-given figure, r is the radius of the semicircle.

The square is defined as a closed, two-dimensional figure with 4 equal sides. It is a quadrilateral. For suppose, we can find the square shape in the chessboard or a slice of bread. 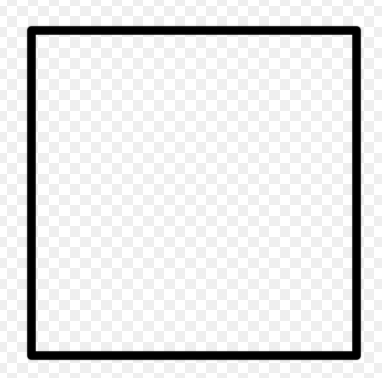 The polygon with four sides having the internal angles equal to 90° is known as a rectangle. Two sides of the rectangle at each vertex or corner meet at right angles. The main difference between square and rectangle is that rectangle will have two opposite sides of the same length. 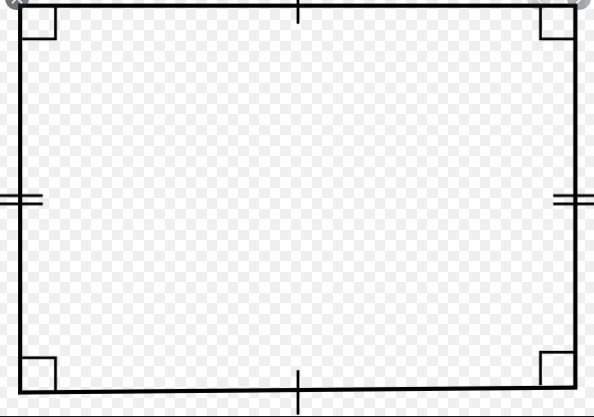 The flat-shaped 4 equal straight sides figure is known as a rhombus. Generally, a rhombus looks like a diamond that has all sides of equal length. In a rhombus, opposite angles are equal and opposite sides are parallel. 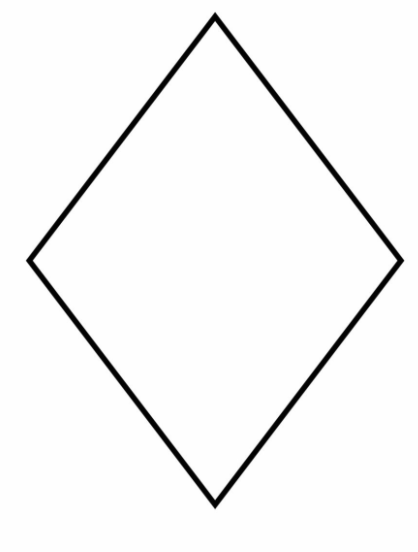 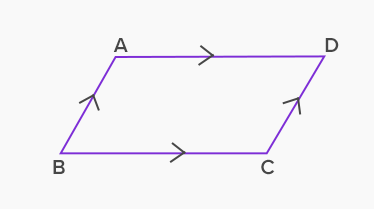 A 2D-shaped type of quadrilateral with only two parallel sides is called a trapezium. The two sides of the trapezium are parallel and the other two sides are non-parallel. The trapezium has four sides and four vertices, they are either simple or complex. 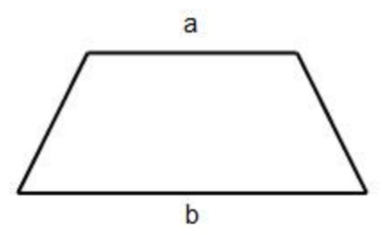 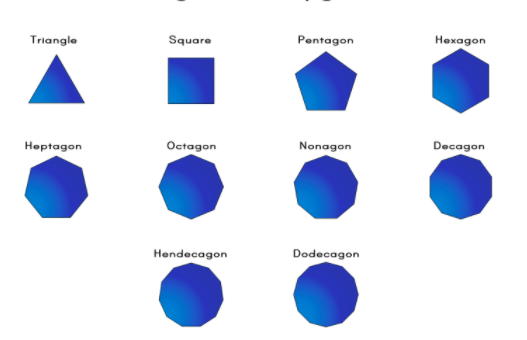 The polygons are the plane figures which are described with the finite number of straight lines connected to form the closed polygon circuit or polygon chain.

In geometry, a cube is a 3-dimensional object which is bounded by six square facets, faces, or sides which are meeting at each vertex. It has 12 edges, 6 faces, and 8 vertices. 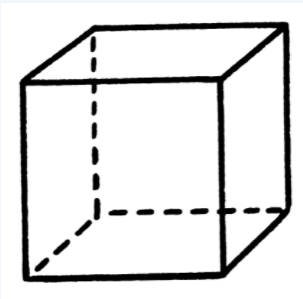 A 3D geometrical object which has a surface like a ball is known as a sphere. Alike a circle, the sphere is considered as the set of points that are all at the same distance r from the point in 3D space.

The cone is the figure formed by using a set of lines or line segments that connects the common point named vertex or apex. The height of the cone is determined as the distance from the base to the vertex of the cone. 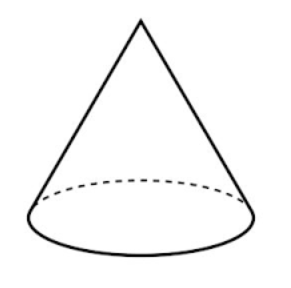 A 3D shape with six faces is known as a cuboid and it forms a convex polyhedron. The cuboid faces can be quadrilateral and 6 rectangles are required to make a rectangular cuboid that is placed at right angles. 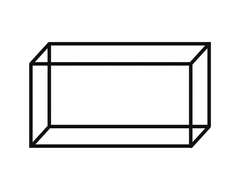 Thus, these are the various geometric shapes we use in our day-to-day life.