Roman Symbols are the numerals used in the system of numerical notation. Roman Symbols came from Rome, where people wanted to use their own numerals to write various numbers. Roman Numerals are the collection of symbols C, D, I, L, M, V, X which are written in a specific order. A subtractive notation in Roman Symbols is found by taking the last character value and subtracting the value of the character that comes just before it.

What are Roman Numbers?

Roman Numbers are essentially a decimal or base 10 number system instead of place value notation. Roman Numbers are used in a numerical notation based on the ancient Roman system. We cannot use the same symbol more than three times in Roman Numbers.

How to Read Roman Numerals? 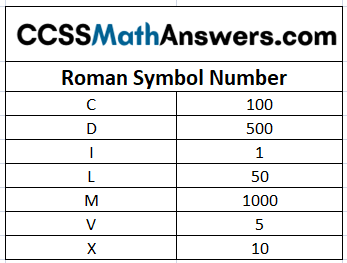 The below table shows the Roman Numerals Chart of Roman Symbols. Follow this Roman Number Chart to convert the Arabic numbers to roman symbols. 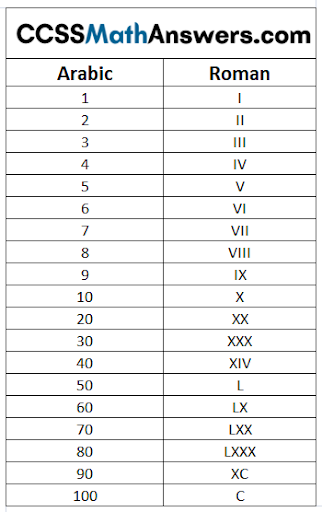 To convert from roman symbols to whole numbers we need to split the numbers according to the symbols. For better understanding, we have provided a table that shows the Conversion of Roman Numbers to Arabic Numbers.

How to Write Date in Roman Symbols?

1. How many Roman Symbols are there?

3. Why is there no zero in Roman numerals?

Roman numerals start to count from one and had no symbol to represent 0.