Example 1:
Suman wanted to survey his friends based on the favorite cake flavors. After the survey, the results are represented in a pictograph. 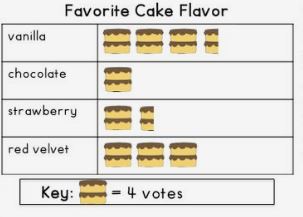 Example 2:
After celebrating the birthday party Bhargav find out there were some bakery items left. He made the pictograph with the left bakery items? 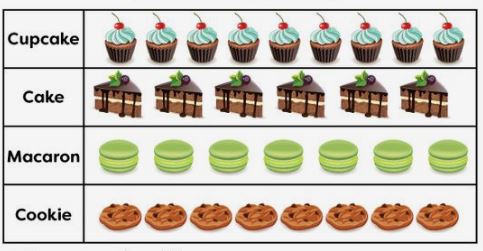 Example 3:
A pie shop sells a variety of pies. The pictograph shows the sales of no of pies sold for each day in a week. 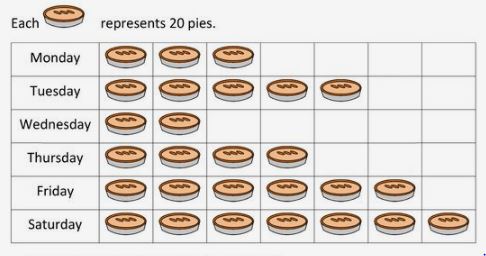 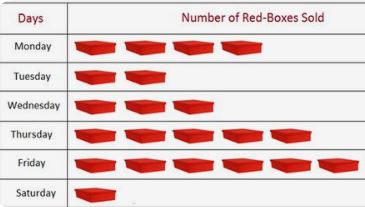