A Circle is nothing but an ellipse that has the eccentricity is zero and the two foci are coincident. Also, it can be defined as the locus of all points equidistant from a central point. The circle can divide into two regions named interior and exterior regions. The entire article will let you know the in-depth details of the circle, its properties, parts, etc along with examples. In addition, you will also find circle math formulas and solved problems on the same concept for better understanding.

Definition of Circle in Geometry

The circle is a closed shape that consists of the set of all the points in the plane that are equidistant from a one-point named a centre. The line that passes through the circle forms the line of reflection symmetry. General Form of the Equation of a Circle in a plane is given by the formula (x-h)2 + (y-k)2 = r2 where (x,y) are the coordinate points, (h,k) is the coordinate of the centre of a circle, and r is the radius of a circle. 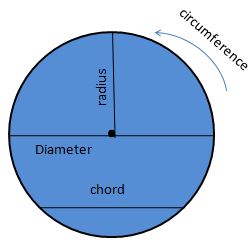 The arc is the connected curve of a circle. Or any part of the circumference is also called an arc of the circle.

The area is bounded by two concentric circles. It looks like a ring-shaped object.

The area is bounded by a chord and an arc. The arc lying between the chord’s endpoints.

The sector is the area bounded by an arc and two radii.

Any line segment that connects two ends of an arc is called a chord. The diameter is considered the longest chord of a circle. 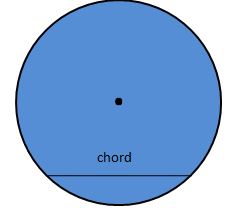 The middle point of a circle is known as a Centre. Also, the Centre point is a fixed point and all the points of the closing curve circle are equidistant. 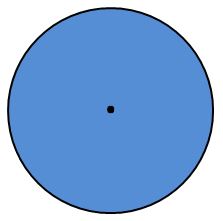 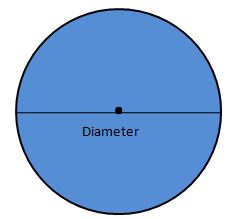 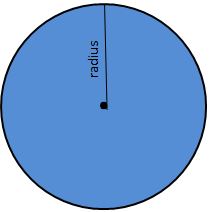 Enhance your math proficiency in the concepts of 4th Grade Math by referring to our comprehensive collection of topics explained adhering to the latest syllabus guidelines.

Check out the below formulas of the circle. We have given the area and perimeter of the circle formulas here. The circle is measured using two parameters. They are
(i) Area of the circle
(ii) Circumference of a circle 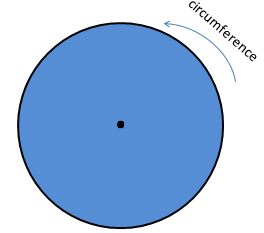 The Main Properties of Circles are given below. They are

How to Draw a Circle?

To draw a circle, you need to follow the below procedure.

The circle is a closed shape that has all the points on its surface are equidistant from the centre point.

2. What are the different parts of a circle?

3. Write down the formulas of area and circumference of the circle?

The formulas are
Circumference of a Circle = 2πr units
Area of a circle = πr2 square units.

4. What is the radius and diameter of the circle?

The diameter of the circle is the longest chord that is twice the radius. The radius is the line segment that connects the middle point and the point on the circle.