Angle is one of the most important concepts in Mathematics. Students who feel tough & tricky to understand the concept of Measuring an Angle can go through this article. As we have explained clearly about how to measure angles easily. Usually, the subject of trigonometry is based on the Measurement of Angles.

Learning Geometry concepts is most important to all students as it covers various concepts like angles. In this article, you will find precise info regarding how to measure an angle in degrees, Measuring an Angle by a Protractor, without a protractor that helps for better understanding of the topic.

What is an Angle?

In geometry, an angle can be described as the figure formed when two rays are joined together or intersect at a single point. The point where two rays coincide is called the vertex of an angle. Angles are measured in degrees and angle is denoted by the symbol ∠ . Let’s take a glance at how the angle looks: 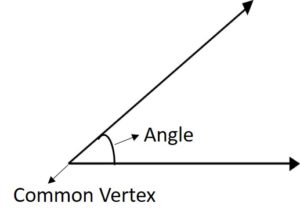 Measuring an Angle with a Protractor

Generally, we use a ruler for measuring the line segment of a length but the angles are measured with the commonly used geometry equipment called Protractor. An angle is measured in degrees and will denote with a symbol °. 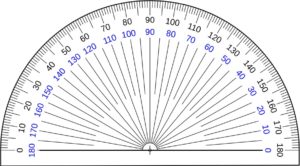 If the kids are familiar with this tool then it will be easy for them to measure or construct an angle using a protractor. While using the protractor, the students should know where the common vertex line hits the protractor.

The size of an angle depends on how wide the two sides are opening. The following figure explains how we measure an angle with a common vertex. 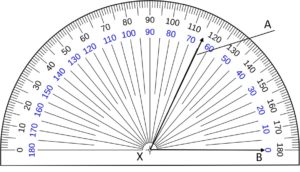 How to Measure an Angle without a Protractor?

When you don’t have a protractor handy, you can define the angle size with the help of basic geometric principles of the triangle. The calculation of measuring an angle without a protractor can rely on whether you’re measuring an acute, obtuse, or reflex angle. Check the below steps of all three methods carefully and perform the angle measurements easily & effortlessly:

A Comprehensive Collection of 4th Grade Math Activity Worksheets are readily available to print are for free and learn the Important Skills taught in your Classroom.

How to Measure Angles in Degrees?

Generally, we measure angles in degrees. A degree is a measurement of a plane angle, which has 360 degrees in one full rotation. Angles can also be measured in radians but mostly, we use the degrees with the help of a protractor and it is one of the most common approaches to measure angles. We represent degrees by a small circle as ° following the measured number. For example, we represent 75 degrees as 75°. 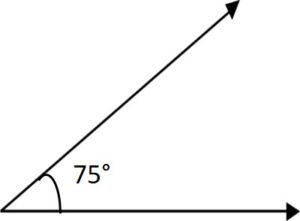 Measuring Angles with a Protractor Examples

Example 2:
Measure the given angle AOB in degrees. 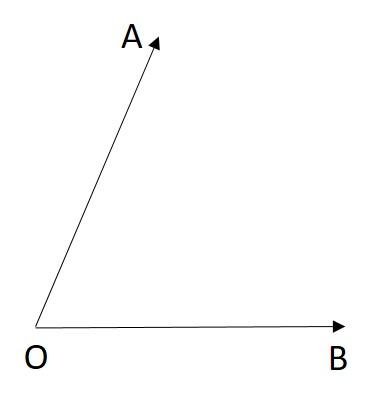 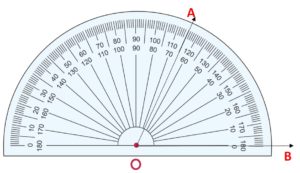