I Can identity trapezoids, parallelograms, rectangles, rhombuses, and squares.

Question 1.
The Space Shuttle thermal protection system ¡s a barrier of tiles made up of quadrilaterals. This barrier protects the shuttle from the heat and cold of space. How can you identify and classify quadrilaterals like the ones used on the shuttle? 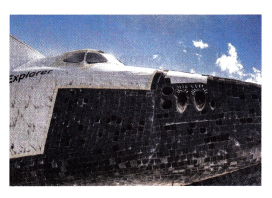 A quadrilateral is a polygon with four sides and four angles.

A. What are different ways you can name this quadrilateral?
Answer:
We can name this as rhombus as it has four equal sides and no perpendicular angles.

B. Use the directions below to mark the quadrilaterals. Assume that the line segments that appear to be parallel are parallel.

Question 2.
Complete the definition for the quadrilateral.

Some quadrilaterals can be classified in more than one way.

Question 3.
Write rectangles, squares, parallelograms, and rhombuses in the Venn diagram. Use each category one time. 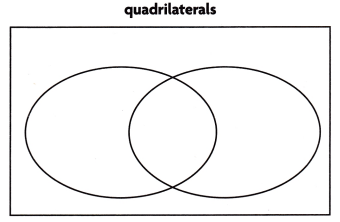 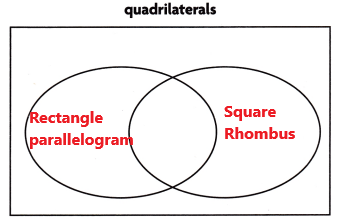 Turn and Talk Where would you place trapezoids in this Venn diagram based on each definition? Explain.
Answer: 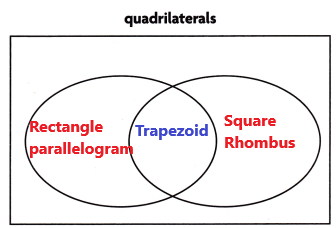 Trapezoid can be placed in the intersection as it has a pair of parallel sides and a pair of equal sides.

Question 1.
Identify and classify the quadrilateral. Then explain why you chose that category.

Answer:
The quadrilateral is rhombus.
Explanation:
As we can see the angle between two sides is not right angle. So, this quadrilateral can be rhombus as it has all sides equal.

Question 2.
STEM For the outlined Space Shuttle tiles, classify each figure in as many ways as possible. Write quadrilateral, rectangle, square, parallelogram, rhombus, or trapezoid,
Define a trapezoid as having at least 1 pair of parallel sides. 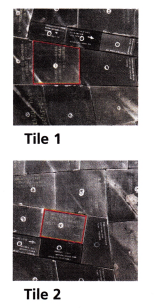 Reason Cross out the figure that does not belong. Explain why.

Explanation:
Figure 1 doesn’t belongs in the above image. Figure 1 is a square having four right angles remaining three figures doesn’t have right angles.

Question 6.
Construct Arguments Are all rhombuses squares? Why or why not?
Answer:
No, all rhombuses are not squares.
Explanation:
Only rhombuses which are having all angles as right angles can only be considered as squares.

Question 8.
Identify and classify the figures. Write the letter for the figure in the Venn diagram. 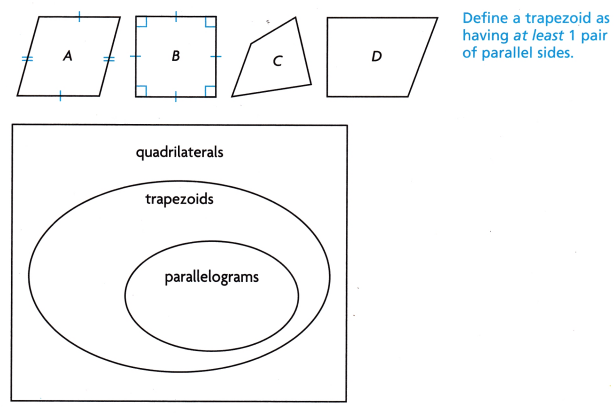 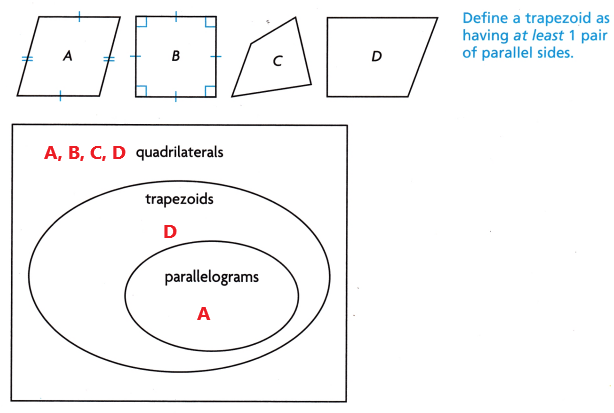