Example
ABCD is a square, and \(\overline{A C}\) is one diagonal of the square. △ABC is a reflection of △ADC across segment AC. Complete the table below, identifying the missing corresponding angles and sides.

a. Are the corresponding sides and angles congruent? Justify your response.
Answer:
Since a reflection is a rigid transformation, all angles and sides maintain their size.

b. Is △ABC≅ △ADC? Justify your response.
Answer:
Yes, since △ADC is a reflection of △ABC, they must be congruent.

Opening Exercise
The figure to the right represents a rotation of △ABC 80° around vertex C. Name the triangle formed by the image of △ABC. Write the rotation in function notation, and name all corresponding angles and sides. 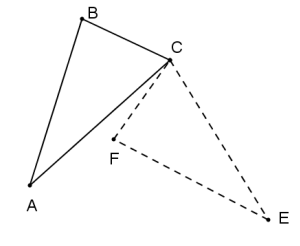 Each exercise below shows a sequence of rigid motions that map a pre-image onto a final image. Identify each rigid motion in the sequence, writing the composition using function notation. Trace the congruence of each set of corresponding sides and angles through all steps in the sequence, proving that the pre-image is congruent to the final image by showing that every side and every angle in the pre-image maps onto its corresponding side and angle in the image. Finally, make a statement about the congruence of the pre-image and final image. 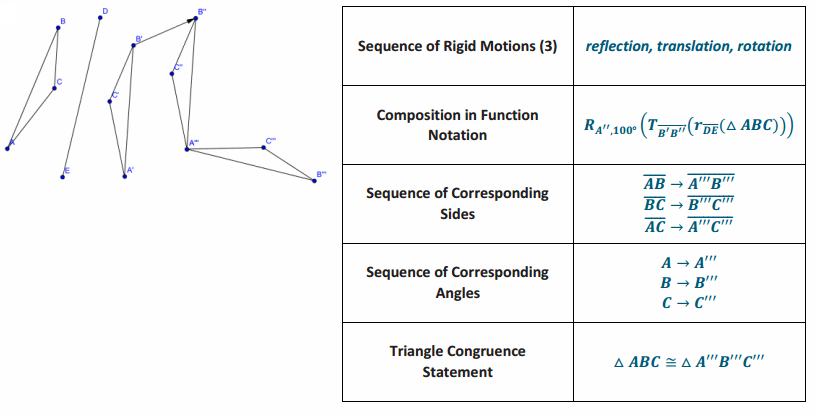 Question 1.
Exercise 3 mapped △ABC onto △YXZ in three steps. Construct a fourth step that would map △YXZ back onto △ABC.
Answer:
Construct an angle bisector for the ∠ABY, and reflect △YXZ over that line.

Complete the table based on the series of rigid motions performed on △ABC below. 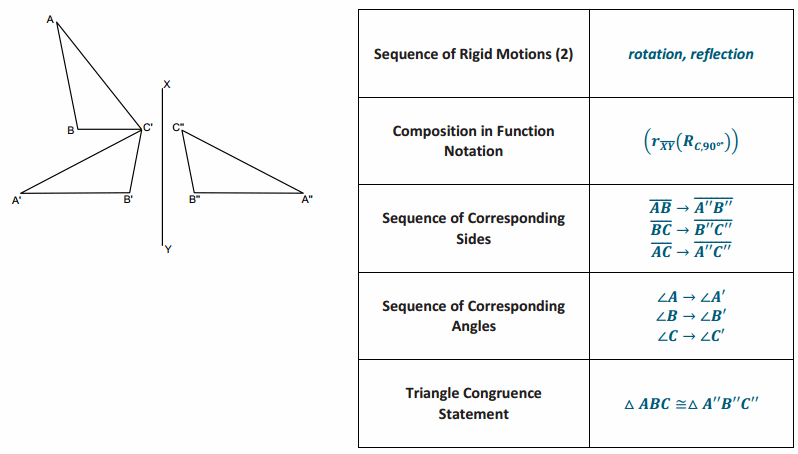