By accessing our 180 Days of Math for Fifth Grade Answers Key Day 163 regularly, students can get better problem-solving skills. 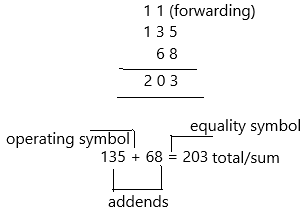 Question 3.
361 ÷ 24 = ___________
Answer:
The meaning of divide is to separate into two or more equal parts, areas, classes, categories, groups or divisions. In simple words, the meaning of divide is to distribute the whole thing to a group in equal parts or make equal parts. The result of a division operation may or may not be an integer. Sometimes, the result will be in the form of decimal numbers.
Divide symbol:
The symbol used to represent divide or division is ÷, slash (/) or a horizontal line ( _ ). These symbols are used per convenience while dealing with various types of problems and calculations. Also, x/y or

Therefore, the quotient is 15; the remainder is 1.

Question 9.
How many vertices are on a cube?
Answer: 8 vertices.
Cubes are solid three-dimensional figures that have 6 faces, 12 edges, and 8 vertices. The faces of the cubes are square and meet four other faces at right angles. The cube is the only regular hexahedron, that is, with six equal faces.

Question 12.
How many squares of any size are there in the image? 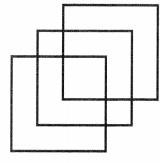 Answer:
There are 6 squares.

There are three 3 x 3 squares, one 1 x 1 square and the remaining two are corner squares.