By accessing our 180 Days of Math for Fifth Grade Answers Key Day 147 regularly, students can get better problem-solving skills. 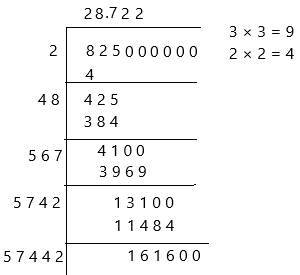 Question 8.
What is the line length in centimetres?

Answer: 3.5 cms
– Like the inches ruler, you’ll see tons of lines on a metric ruler, with some longer and some shorter. Each line represents 1 millimeter, which is equal to 1/10 or 0.1 cm (so 10 mm make up 1 cm).
– There will always be 10 lines from one centimeter to the next centimeter. In total, there are three different lengths of lines on a metric ruler.
– The longest line represents the biggest unit on the ruler: 1 cm. Each centimeter is labeled on the ruler (1-30).
– The middle-length line on a metric ruler is the 1/2 (0.5) centimeter line, which comes midway between every centimeter (in other words, it’s the fifth line after every whole centimeter):
– Now observe the above-given picture if you count 5 lines from 3 cms then you would get 3.5 cm. 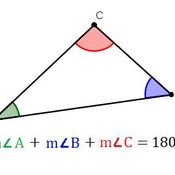 Question 12.
Find and color 5 parallelograms within the image below. 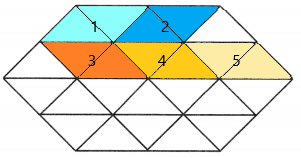