I Can classify triangles.

The house shown is called an A-frame house. Architects use triangular shapes in many building designs. 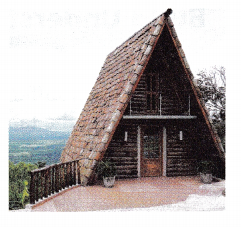 Group the triangles according to their attributes.
Answer: 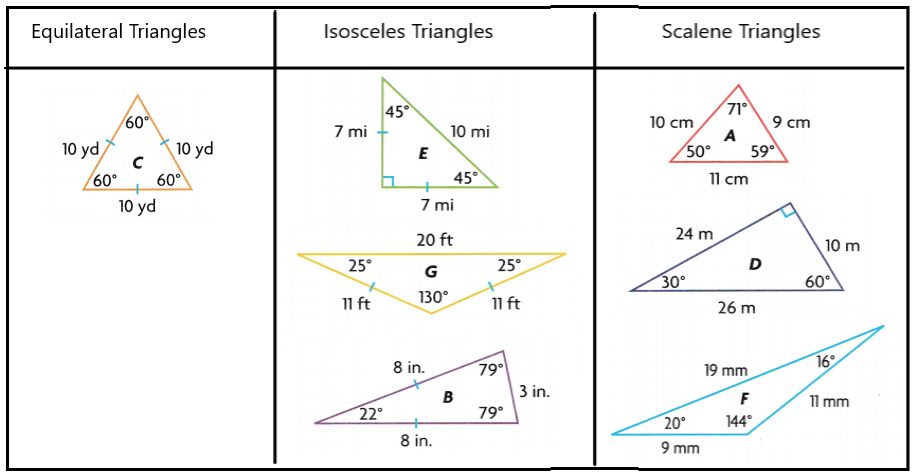 Explanation:
I grouped the above triangles based on whether they have all sides with equal length or 2 of the sides equal or different lengths of sides.

Turn and Talk Draw a square. Use a ruler to draw a diagonal line to form two triangles. Describe your triangles.
Answer: 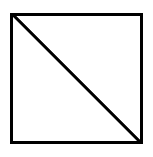 Explanation:
I drew a square and drew a diagonal line to form two triangles.
My triangles are isosceles triangles.

Question 1.
The angles of the roofs on buildings can form many different types of triangles. Complete the tables by classifying the triangles by angle measures and by side lengths. Write acute (greater than 0° and less than 90°), obtuse (greater than 90° and less than 180°), or right (equal to 90°). Then write isosceles, scalene, or equilateral. 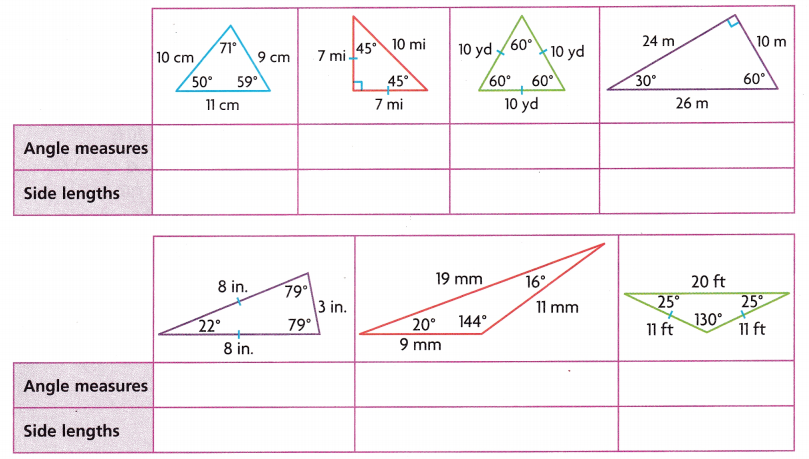 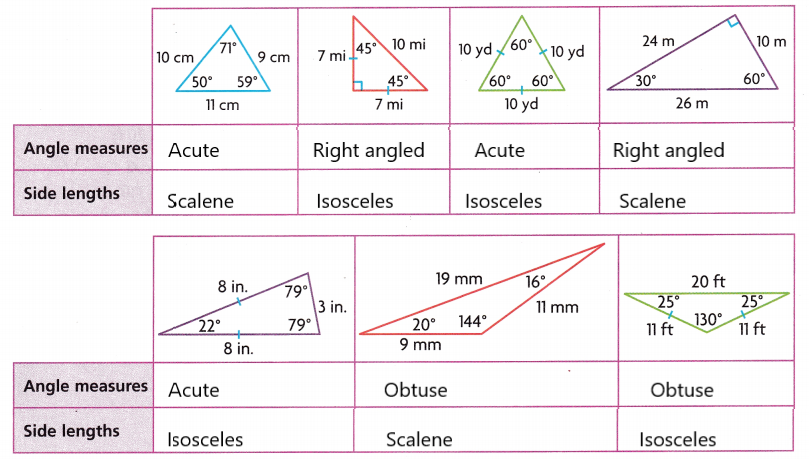 B. Is it possible to draw a triangle that is both obtuse and equilateral? Explain.
Answer:
No, an equilateral triangle cannot have an obtuse angle as all the angles are fixed, they are each 60 degrees.

Question 2.
Draw and name a triangle with exactly two congruent side and all angles smaller than a right angle.
A. Name the first attribute of the triangle given. Then draw that part of the triangle.
Answer: 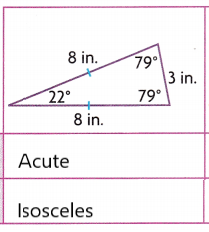 Explanation:
The first attribute is it is isosceles triangle
Two sides are of same length

B. Name the second attribute. Then complete the drawing of the triangle.
Answer:

Explanation:
The second attribute is all the angles are acute angles that is less than right angle

C. Classify the triangle you drew by its angles and by its sides.
Answer:
The triangle is isosceles and acute angled triangle.

Question 1.
Each floor of the Flatiron building in New York City is shaped like a triangle. Look at this blueprint of one of the floors. Which terms best describe the shape of the floor? Explain your reasoning. 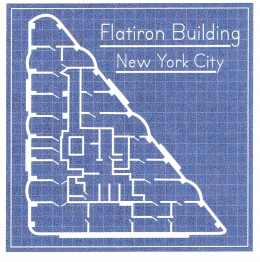 Explanation:
All the angles are less than right angle
All the sides are of different lengths
So, it is a acute and scalene triangle.

Explanation:
One of the angle is more than right angle
All the sides are of different lengths
So, it is an obtuse and scalene triangle.

Use structure Classify the triangle. Write acute, obtuse, or right. Then write isosceles, scalene, or equilateral.

Explanation:
One of the angles of the three angles is 90
All the sides are of different sides
So, it is a right and scalene triangle.

Explanation:
One of the angle is more than right angle
All the sides are of different lengths
So, it is an obtuse and scalene triangle.

Name one attribute that three of the triangles have in common.
Answer:
2 sides of 3 triangles A, C and D are of equal length
There are 3 isosceles triangles