II. Word Problems on Quadrilateral
Example 1.
One angle of a quadrilateral is 60°and the other three angles are equal. What is the measure of each of these equal angles?

Example 2.
Two adjacent sides AB and BC of a parallelogram ABCD are in the ratio 3:5. If the perimeter of the parallelogram is 192 cm, What is the length of AB and BC? 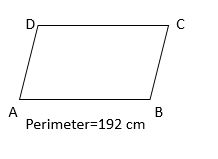 Example 3.
If one angle of a parallelogram is 800. Find its opposite and adjacent angles of the parallelogram?

Example 5.
What is the area of a rhombus whose perimeter is 80 cm and one of the diagonal is 30 cm? 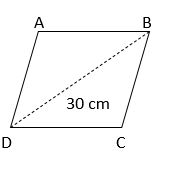 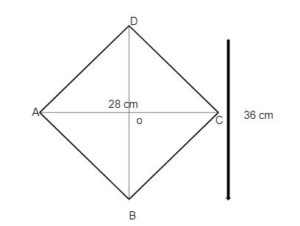 Example 7.
In a trapezium, the measurement of one parallel side is two more than the other parallel side and the height is 2 cm. The area of the trapezium is 32 cm2. Find the lengths of the two parallel sides. 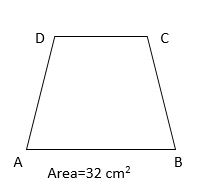 Example 8.
The perimeter of a square is 36 cm. Find the area and the length of its diagonal? 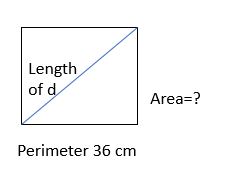 Example 9.
Find the number of sides of a regular polygon whose each exterior angle has a measure of 72 degrees.

Example 10.
Five of the angles of a hexagon are each 1100. Calculate the measure of the sixth angle. 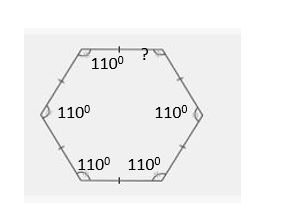 Example 11.
The interior angle of a regular polygon is five times its exterior angle. What is the number of sides?

Example 12.
The ratio between the interior angles and exterior angles of a regular polygon is 5:1. Find the number of sides of the polygon?

Example 13.
In the adjoining isosceles trapezium, ABCD <A is equal to 1020. Find all the remaining angles of the trapezium​? 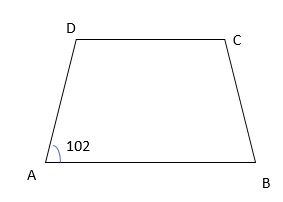