In mathematics, a set is a collection of well-defined objects. Those objects are called members or elements of a set. The set elements are closed between the curly braces and each element is broken up by a comma. The sets are classified into various types. Interested students can go through the following sections to check useful information on set types. You can see definitions and examples for all sets.

Based on the elements on the set, size of the set, and other factors, sets are divided into various types. They are listed here.

Let us discuss the definition and examples of all types of sets in the below sections.

If a set has no elements in it, then it is called the empty set. It is also known as the null set or void set. An empty set is represented by ϕ or {}.

Zero is the only whole number that is not a natural number. If x ≠ 0, then there is no possible value for x. So, A = ϕ.

We know that a natural number cannot be a decimal. So, set y is a null set.

A finite set has a definite number of elements. We can find the size of the finite set easily.

Singleton set is also known as a unit set. If a set has only one element, then it is called the singleton set. The size of a unit set is always 1.

As set G has only one element it is a singleton set.

We have only one element which is the whole number, not a natural number i.e 0. So, H is a singleton set.

If two sets contain the same elements, then they are equal sets. There is no need to have the same order of elements in both sets.

If two sets have the same number of elements, then they are called equivalent sets. Two sets order or cardinality is equal.

So, L and K are equivalent sets.

So, M and n are equivalent sets.

A set A is said to be a subset of B if all the elements of A are the elements B. Subset is denoted by the symbol ⊂ and A ⊂ B. 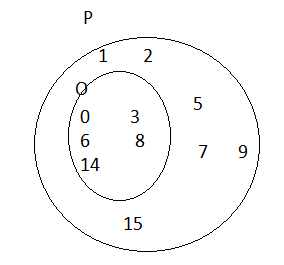 All the elements of R are in Q.

A set that has all the elements of other given sets is known as the universal set. The symbol is ∪ or ξ.

So, ∪ is the universal set.

Here, X and y sets has no common element. So X, Y are disjoint sets. 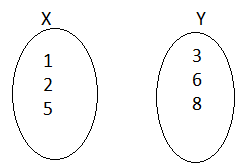 12. Cardinal Number of a set

The number of different elements in the set is called the cardinal number of a set. It is denoted by n(A).

1. How do you express an empty set?

An empty set has no element. it can be represented as ϕ or { }.

2. What are the two sets that contain the same elements?