Develop a love for maths in children from a young age using the Number Games Activities. Kindergarten is the time you start making friends with numbers. Children begin counting objects, representing numbers, tell one more, one less, etc. We have provided colorful activities and are sure that your little one will learn math in a fun and engaging way.  Develop Spatial Awareness by counting objects in different arrangements.

Number Games for Kids focuses on basic number recognition and are designed to build critical thinking skills. Math Number Games develop an understanding of math in a fun way. They apply this knowledge to solve problems by comparing numbers, counting objects, etc. These Fun Activities will develop counting skills, number sense in Kindergarten.

2. Count the Objects and Make a Match with the Numbers accordingly in the following figure. 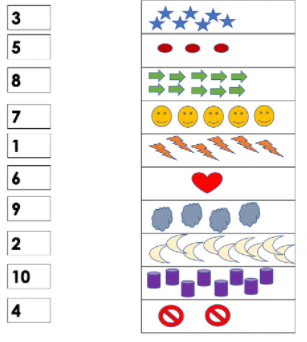 3. The below figure includes several objects followed by numbers. Simply count the numbers and circle or mark the number of objects among the numbers given. This activity can help you develop both counting skills and number awareness as well. If you want take a printout of it for free and practice whenever you want. 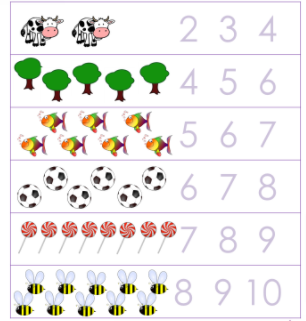 4. Fill in the Missing Numbers in the Grid of Numbers 1-50 Shown Below and write the numbers in a sequence. 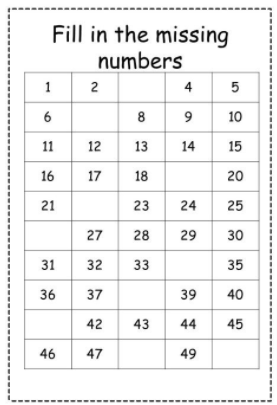 5. Each player will be given a piece of paper having 25 empty grids. All of them are asked to fill out the numbers of their choice between 1-25. You can start the game by picking a number and saying it aloud. If the Number called out exists in the grid strikeout. Do so, until one of the players continues and strikes all 25 on their grid. In the BINGO Number Game of 1-25 fill the free space so that all the numbers are present. 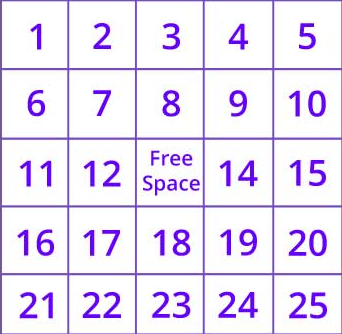 Solution: The Free Space Grid will have 13 in it as it is the only number missing of all the 25 numbers.