We often use rupees and paise as money. Money serves as the medium of exchange. By exchanging money we can have required things.  In our day-to-day life, we purchase the required things from a shop and pay money to the shopkeeper for the purchased thing. At present money is made and available in two forms (i) Coins and (ii) Currency notes.

The shapes and sizes of coins are different from time to time. Nowadays the coins of one paise, five paise, Ten paise, twenty paise, 50 paise are not in use. The coins of 1-rupee, 2-rupee, and 5-rupee denominations are mostly in use. Different types of old coins as shown in the figure: 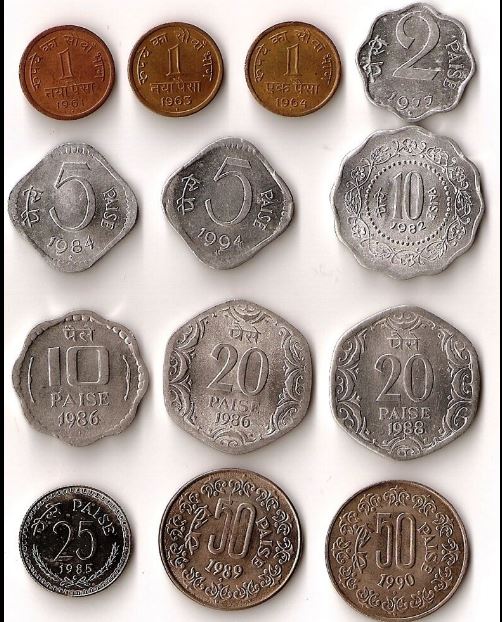 The shapes, sizes, and designs of these currency notes are different from time to time. In the case of 1-rupee, 2-rupee, and 5-rupee denominations, both coins as well as notes are used. One rupee, two rupee notes are rarely available now. The value of 1- rupee note, 5-rupee notes, and coins of 1 rupee, 5 rupees are the same. Five rupees, ten rupees, twenty rupees, fifty rupee notes are available now. Different types of New notes as shown in figure 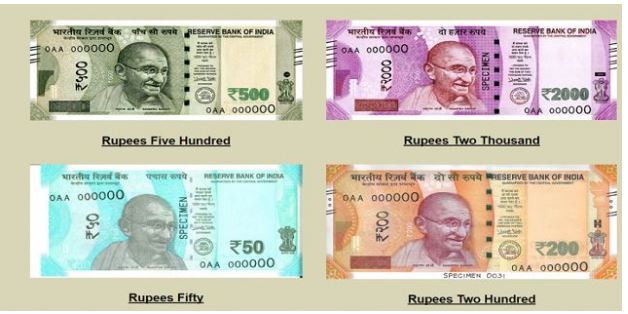 Examples of Expressing the Amount of Money in Words and Figures