All the solutions provided in McGraw Hill My Math Grade 4 Answer Key PDF Chapter 2 Add and Subtract Whole Numbers will give you a clear idea of the concepts.

Essential Question
What strategies can I use to add or subtract?
Answer:  We can use split strategy , jump strategy , make to the next ten strategy 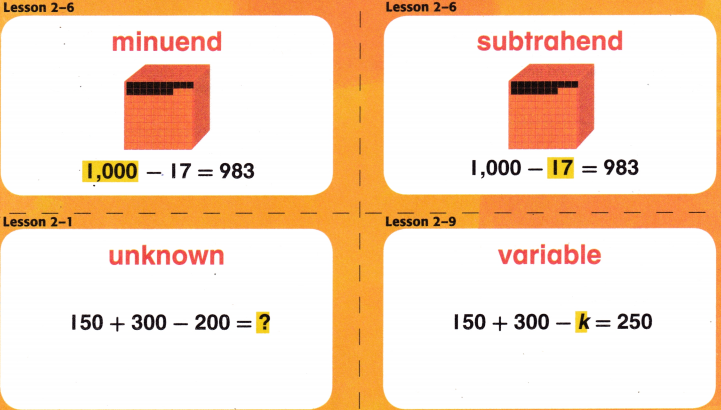 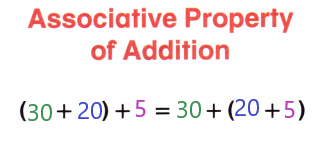 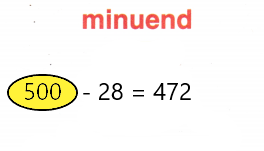 The property which states that the order in which two numbers are added does not change the sum.
Imagine you need to shop for many items. Describe how this property could be used when estimating the sum.
Answer: Commutativity of addition.
The order of the two numbers does not affect their sum: 3+5=8=5+3.

For any number, zero plus that number is the number.
Look in the dictionary for a meaning of identity. Write a sentence using that meaning.
Answer: Identity property of addition

Explanation:
The variables are specially used in the case of algebraic expression or algebra.
For example, x+9=4 is a linear equation
where x is a variable, where 9 and 4 are constants.
Here, A letter or symbol used to represent an unknown quantity is called Variable

The property which states that the grouping of the addends does not change the sum.
Associate can mean “to combine or come together.” Explain how this helps you understand this property.
Answer: Associative property

Explanation:
For example, 748 – 100 , Here 100 is the subtrahend.
So, The number from which another number is subtracted, or the number which is smaller than the other number being subtracted is called subtrahend.

An amount that has not been identified.
The prefix un- means “not”. Name two other words with this prefix.
Answer: uncommon and unidentified .

Explanation:
The term or the missing information which has to be found out after calculating the problem is called as unknown quantity
For example , 10 – 5 + ? = 10, ? = 5
Then the equation will be balanced
What number here given, will replace the question mark is the amount that has not been identified.

Foldables Follow the steps on the back to make your Foldable. 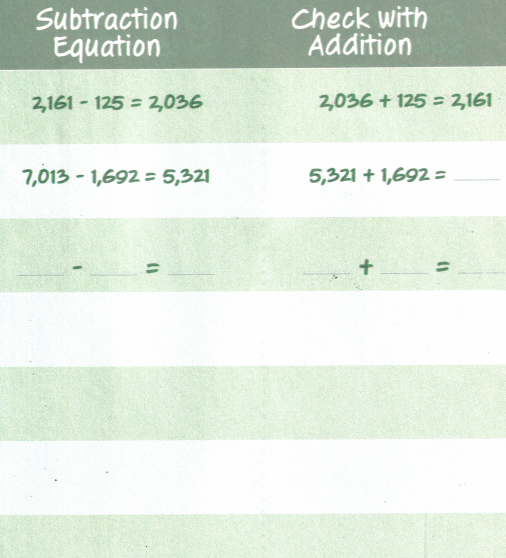 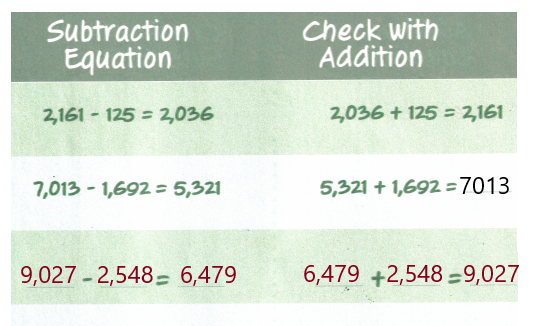 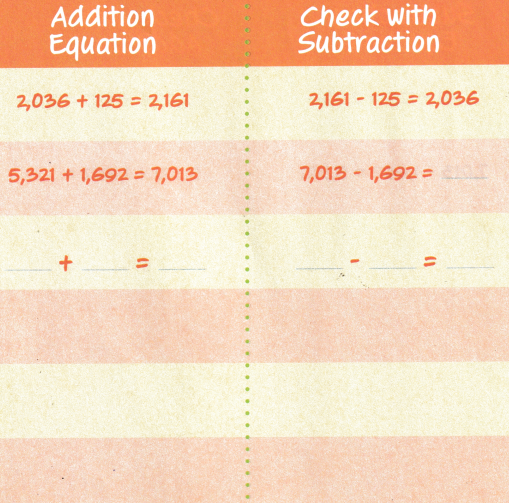 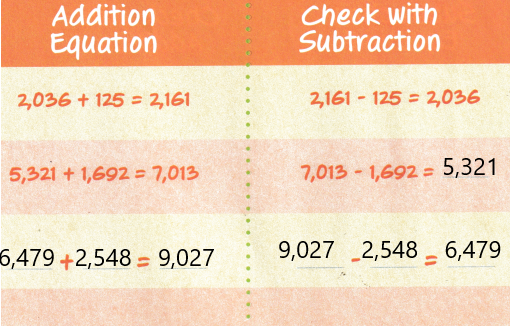