I Can use visual models and equations to represent and interpret a multiplicative comparison. 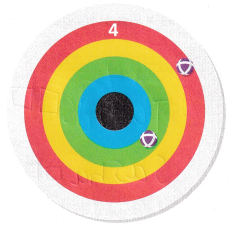 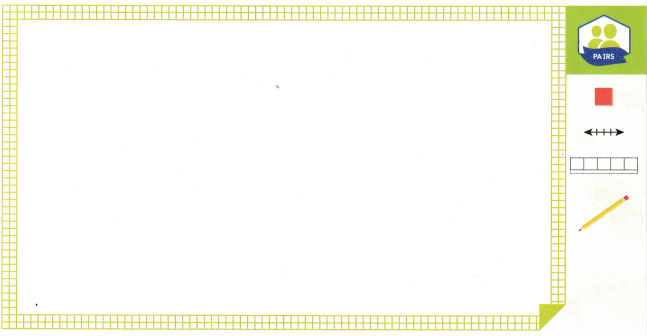 Turn and Talk How does your visual model show 3 times as many as 4? How could you use a different visual model to show the same comparison?
Explanation: 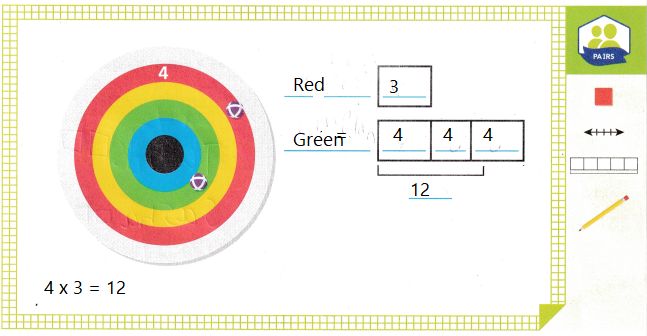 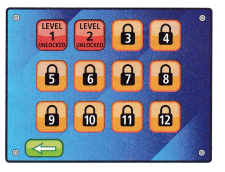 Use a visual model to represent the problem.

Turn and Talk Why can you use a multiplication equation to model this problem?

A. Draw a bar model to represent the problem.
Explanation: 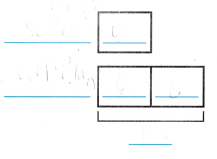 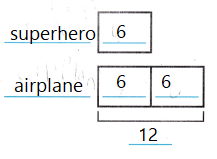 Question 2.
Use Tools Frank and Shari play basketball. Shari makes 2 baskets. Frank makes 4 times as many baskets as Shari. Complete the bar model and write an equation to find how many baskets Frank makes.

Model with Mathematics Write a multiplication equation to model the comparison.

Interpret the multiplication equation as a comparison.

Question 7.
Construct Arguments Helen and Jamal write different equations to model the comparison 40 is 5 times as many as 8. Who is correct? Explain. 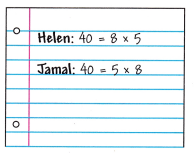 Answer:
Both interpretation is correct.
Explanation:
Because the product is same.