Felix wrote this riddle:
I am a closed shape with at least 3 angles and 3 sides. My sides are not all equal in length, but all my angles are equal. What shape am I? 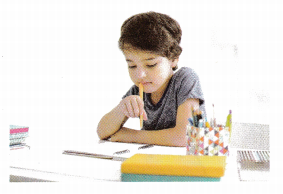 Draw and name a shape to solve the riddle. 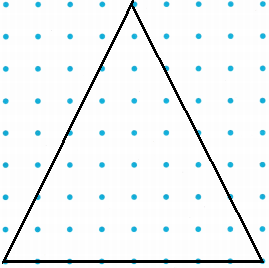 Question 1.
Sanjay makes a coloring book with different shapes to color. One of the shapes is shown below. How can you describe the angles of this shape?

A. Use a square corner from a sheet of paper like this one to check the angles in Sanjay’s shape.

Connect to Vocabulary
A right angle is an angle that forms a square corner.

The blue square marks a right angle.
Answer: An angle is formed when two rays are joined together at a common point.
The angle which is exactly 90 degrees is called the right angle.

B. Circle the right angles, or square corners, in Sanjay’s shape.
Answer:

What is the right angle?
If the measure of the angle between two rays is exactly equal to 90 degrees or π/2, then the angle is called a right angle. 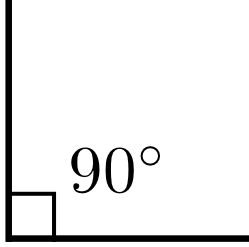 A. Draw a small square to show each right angle.
Answer:
According to the above diagram, we can write the right angle:

There are some standard forms are there to represent the angles.
There are acute angle, obtuse angle, right angle, straight angle, and reflect angle.
Angles that measure less than 90° such as 87°, 56°, 77°, 42°, etc., are acute angles.
Angles that measure more than 90° such as 91°, 98°, 102°, 150°, 167°, etc., are called obtuse angles.
The angle that measures exactly 90° is called the right angle.
The angle that measures half of the area means 180° which is called a straight angle.
The angle that measures total area means 360° which is called reflect angle.
The opposite angles of a parallelogram are parallel to each other. A Parallelogram has parallel sides. It means that two angles will be acute and two angles will be obtuse. Since the parallelogram leans over, the angle measure of the obtuse angle will be greater, and the measure of acute angle will be smaller
according to that, I circled greater than 90 and less than 90 degrees.

C. Draw a shape that has exactly 3 right angles in the workspace above.
Answer:
you can make a four-sided shape with right-angles, but it must have another right angle too. So I think its square.

Question 4.
Reason Tim cuts a rectangular tile on the diagonal from the top left to the bottom right corners. 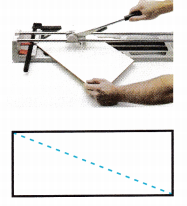 Before the cut, there are __________ right angles.
Answer: 4 right angles
Before they cut it was a rectangle. A rectangle is a type of quadrilateral that has its parallel sides equal to each other and all four vertices are equal to 90 degrees

Write the total number of each kind of angle. Draw a small square to mark what appears to be a right angle. 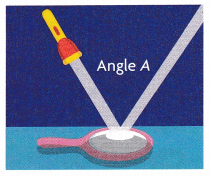 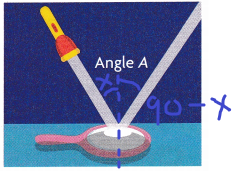 I’m in a Learning Minds!

How effective is using a corner of a sheet of paper to identify right angles and other angles? Explain.
Answer: