Choose the correct term from the Vocabulary box.

Question 4.
About how many liters of water are in the container shown? Estimate to the nearest liter.

Explanation:
There are about 3 liters of water in the above container.

Question 6.
Fiona has some beads that are all the same. Each bead has the mass shown. The total mass of the beads is 56 grams. How many beads does Fiona have?

Question 7.
Select all the items that have a mass that would best be measured using grams. 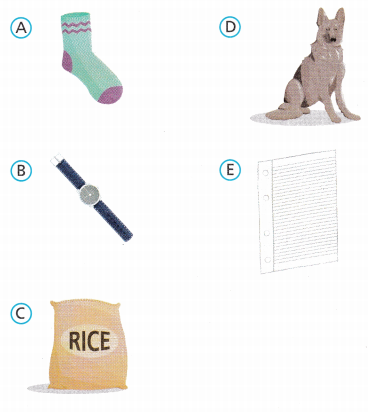 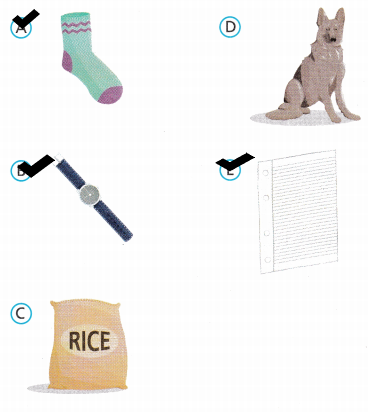 Explanation:
I marked all the items that have a mass that would best be measured using grams.

Question 8.
If Ming places a crayon on the right pan, the two pans will be even, or balanced. How many grams of mass does the crayon have? 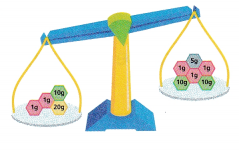 Question 9.
Brian and Yuri have same-sized containers with different amounts of water. About how many fewer liters of water does Yuri’s container have? 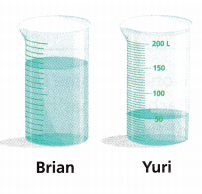