I Can draw a picture graph to show data, and then use the graph to solve problems.

Spark Your Learning
How can you show your favorite place to go on a field trip on the picture graph below? 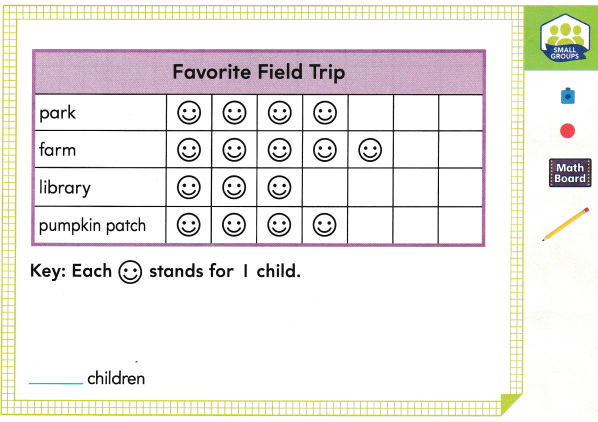 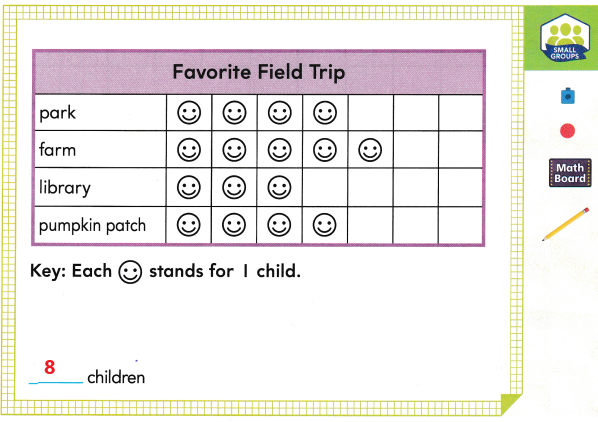 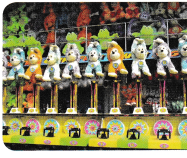 A. How can you draw pictures to show how many prizes Carter won?

B. How can you draw pictures in the rows for Lena, Jennie, and Shaun to show how many prizes
they each won?
Answer:

Turn and Talk How does the key help you draw pictures in the graph?

1. Zoey asked her classmates to choose their favorite breakfast food. Draw a picture graph to show the data.

A. Start with the row for bagel. Draw I © to stand for each classmate who chose that breakfast food.

B. Draw pictures in the rows for eggs, cereal, and pancakes to show how many classmates chose each of those breakfast foods.
Answer:

Question 2.
Use Structure Isaac made a list to show the activities his classmates do after school. Draw a picture graph to show the data. 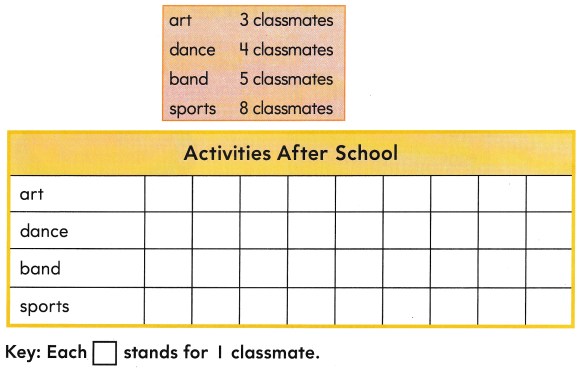 Question 4.
How many classmates did Isaac survey? ___ classmates
Answer:
20 classmates

Question 5.
Open Ended Write a new question that you could answer using the graph. Then solve.
Answer:
How many classmates chose dance?
Answer:
4 classmates.

I’m in a Learning Mindset