Exercise 1.
The height of a container in the shape of a circular cone is 7.5 ft., and the radius of its base is 3 ft., as shown. What is the total volume of the cone? 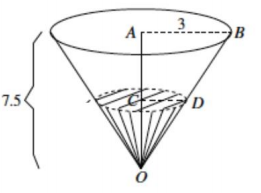 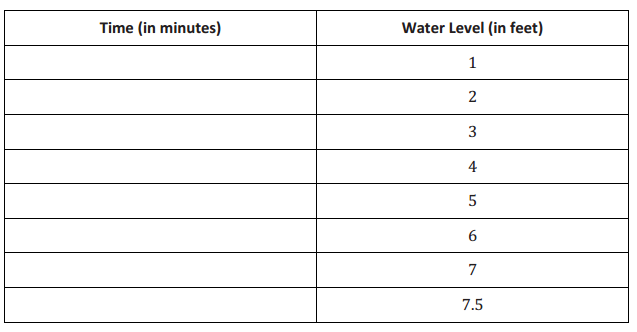 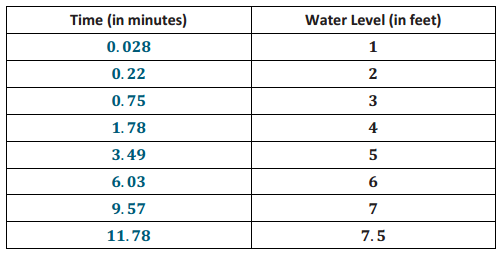 Close the discussion by reminding students of the demonstration at the Opening of the lesson. Ask students if the math supported their conjectures about average rate of change of the water level of the cone.

Question 1.
Complete the table below for more intervals of water levels of the cone discussed in class. Then, graph the data on a coordinate plane. 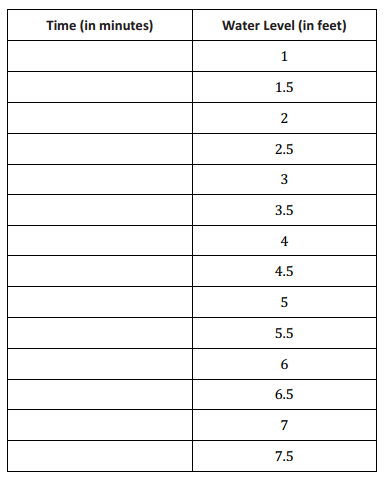 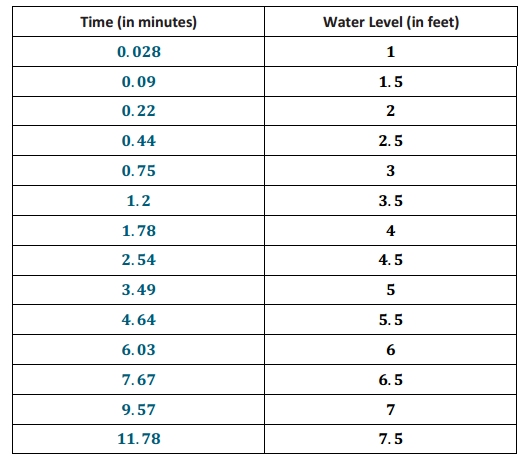 Question 2.
Complete the table below, and graph the data on a coordinate plane. Compare the graphs from Problems 1 and 2. What do you notice? If you could write a rule to describe the function of the rate of change of the water level of the cone, what might the rule include? 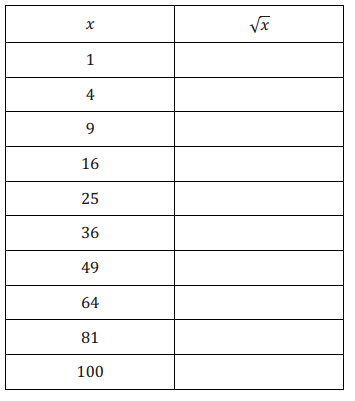 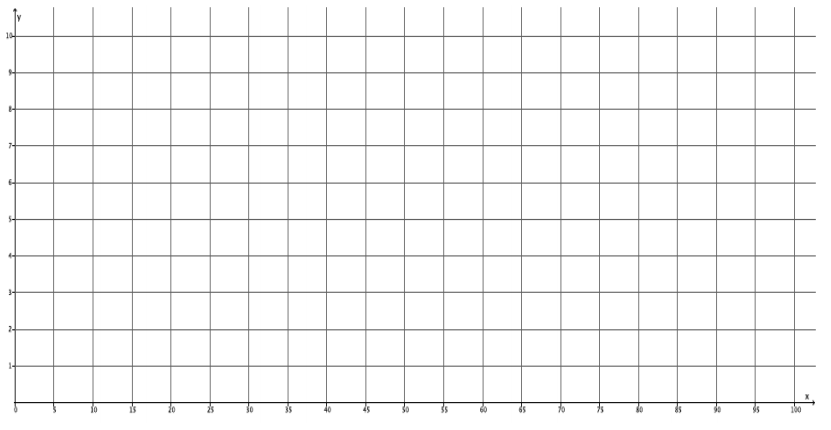 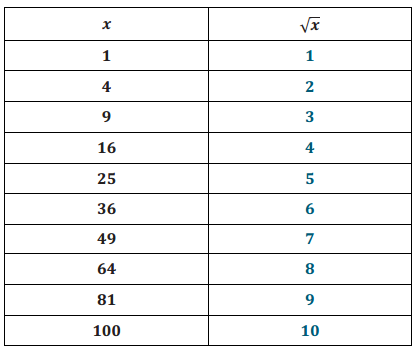 The graphs are similar in shape. The rule that describes the function for the rate of change likely includes a square root. Since the graphs of functions are the graphs of certain equations where their inputs and outputs are points on a coordinate plane, it makes sense that the rule producing such a curve would be a graph of some kind of square root.

Question 3.
Describe, intuitively, the rate of change of the water level if the container being filled were a cylinder. Would we get the same results as with the cone? Why or why not? Sketch a graph of what filling the cylinder might look like, and explain how the graph relates to your answer. 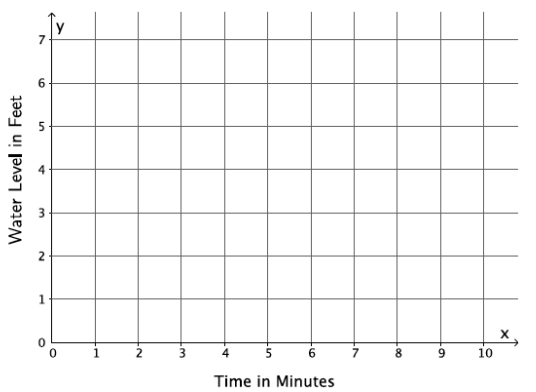 Answer:
If the container being filled were a cylinder, we would see a constant rate of change in the water level because there is no narrow or wide part like there is with a cone. Therefore, we would not see the same results as we did with the cone. The rate of change would be the same over any time interval for any given height of the cylinder. The following graph demonstrates this. If a cylinder were being filled at a constant rate, the graph would be linear as shown because the water that would flow into the cylinder would be filling up the same-sized solid throughout. 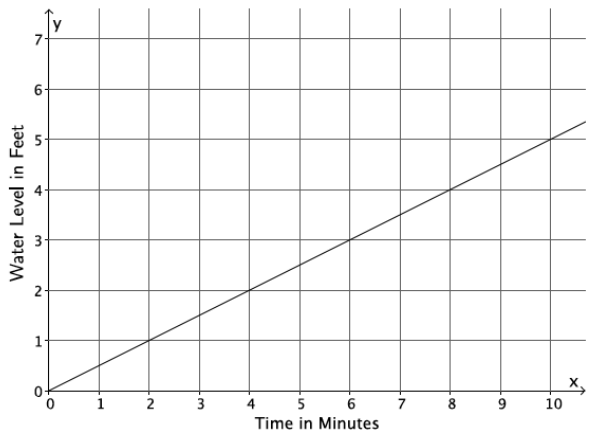 Question 4.
Describe, intuitively, the rate of change if the container being filled were a sphere. Would we get the same results as with the cone? Why or why not?
Answer:
The rate of change in the water level would not be constant if the container being filled were a sphere. The water level would rise quickly at first, then slow down, and then rise quickly again because of the narrower parts of the sphere at the top and the bottom and the wider parts of the sphere around the middle. We would not get the same results as we saw with the cone, but the results would be similar in that the rate of change is nonlinear.

Question 1.
A container in the shape of a square base pyramid has a height of 5 ft. and a base length of 5 ft., as shown. Water flows into the container (in its inverted position) at a constant rate of 4 ft3 per minute. Calculate how many minutes it would take to fill the cone at 1 ft. intervals. Organize your data in the table below.