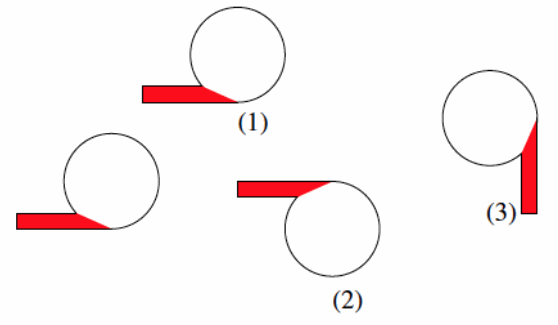 Answer:
We can trace one of the segments on the transparency and slide it to see if it coincides with the other segment. We move things around in the plane to see if they are exactly the same. This way, we don’t have to do any measuring.

Question 1.
Using as much of the new vocabulary as you can, try to describe what you see in the diagram below.

Question 2.
Describe, intuitively, what kind of transformation is required to move Figure A on the left to its image on the right. 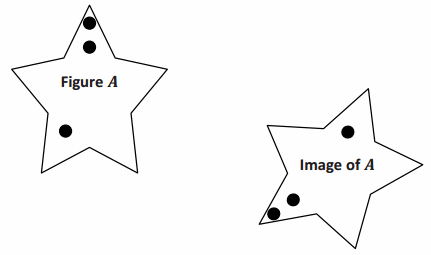 First, draw a simple figure and name it Figure W. Next, draw its image under some transformation (i.e., trace your
Figure W on the transparency), and then move it. Finally, draw its image somewhere else on the paper.
Describe, intuitively, how you moved the figure. Use complete sentences.
Answer:
Accept any figure and transformation that is correct. Check for the same size and shape. Students should describe the movement of the figure as sliding to the left or right, turning to the left or right, or flipping, similar to how they described the movement of figures in the exercises of the lesson.