a. Make a table for both companies showing the cost of service, M, for making from 0 to 200 calls per month. Use multiples of 20. 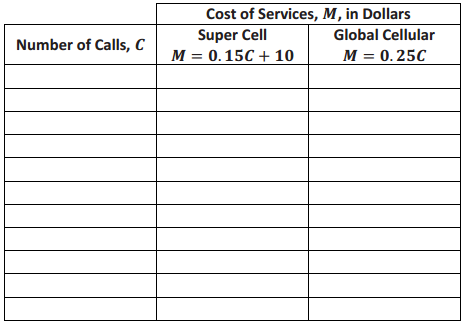 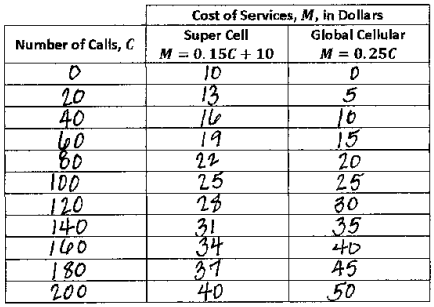 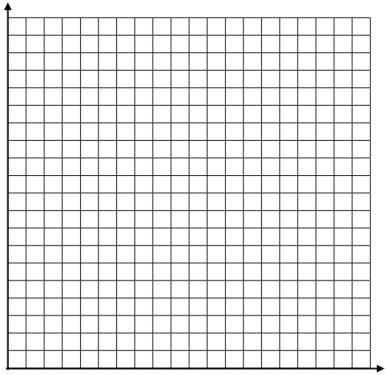 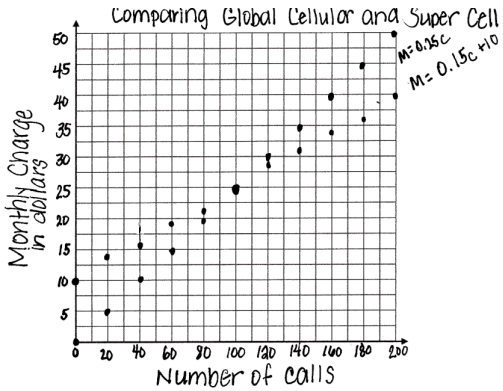 Question 2.
Sadie is saving her money to buy a new pony, which costs $600. She has already saved $75. She earns $50 per week working at the stables and wonders how many weeks it will take to earn enough for a pony of her own.

a. Make a table showing the week number, W, and total savings, in dollars, S, in Sadie’s savings account.

b. Show the relationship between the number of weeks and Sadie’s savings using an expression.
Answer:
If Sadie works 11 weeks, she will earn $625, which is $25 more than the cost of the pony.

Question 3.
The elevator at the local mall has a weight limit of 1,800 pounds and requires that the maximum person allowance be no more than nine people.

a. Let x represent the number of people. Write an inequality to describe the maximum allowance of people allowed in the elevator at one time.
Answer:
0 ≤ x ≤ 9

b. Draw a number line diagram to represent all possible solutions to part (a).
Answer:

c. Let w represent the amount of weight, in pounds. Write an inequality to describe the maximum weight allowance in the elevator at one time.
Answer:
0 ≤ W ≤ 1,800

Question 4.
Devin’s football team carpools for practice every week. This week is his parents’ turn to pick up team members and take them to the football field. While still staying on the roads, Devin’s parents always take the shortest route in order to save gasoline. Below is a map of their travels. Each grid line represents a street and the same distance. 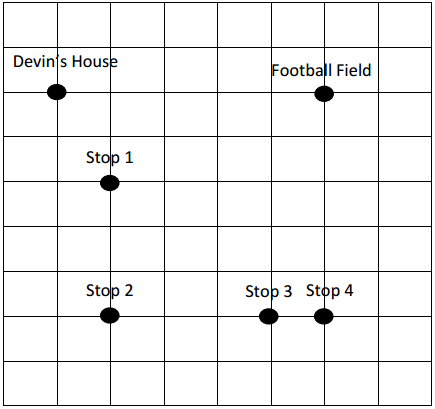 Devin’s father checks his mileage and notices that he drove 18 miles between his house and Stop 3.

b. Using this information, determine how many total miles Devin’s father will travel from home to the football field, assuming he made every stop. Explain how you determined the answer.
Answer:
15 G = miles
15 (2 miles) = 30 miles

c. At the end of practice, Devin’s father dropped off team members at each stop and went back home. How many miles did Devin’s father travel altogether?
Answer:
30 G = miles
30(2 miles) = 60 miles

Question 5.
For a science experiment, Kenneth reflects a beam of a mirror. He is measuring the missing angle created when the light reflects off the mirror. (Note: The figure is not drawn to scale.) 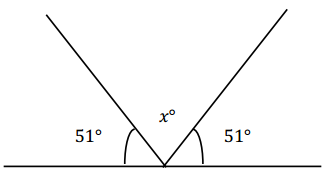