Question 1.
Find and draw all lines of symmetry in the following figures. If there are none, write “none.”
a.

One line of symmetry in the above diagram.

Answer:
There are none.

For the diagram given above, there are no symmetry lines.

Answer:
There are three lines of symmetry lines.

Explanation:
As we know about the line of symmetry from the above diagram we can identify 3 lines of symmetry.

For square, we have 4 lines of symmetrical lines.

Explanation:
By observing the above diagram we can divide the parts into 4 symmetrical lines. Hence square has 4 lines of symmetry.

Answer:
There are no symmetrical lines.

Explanation:
By observing the above diagram we know that the object cannot divide into two identical halves. Hence it has no symmetrical lines.

As per the rectangle, we have 2 lines of symmetry.

Explanation:
By applying the rules of symmetry the object can be divided into 2 parts. So by observing the diagram we know that the rectangle has 2 lines of symmetrical lines as it can be folded in half horizontally or vertically.

Question 2.
In the following figure, QRST is a rectangle. Without using a protractor, determine the measure of ∠RQS Write an equation that could be used to solve the problem. 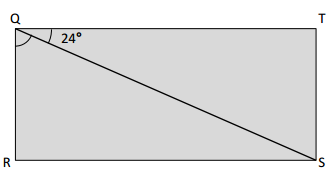 Explanation:
To determine the ∠RQS we need to write an equation to solve. By observing the diagram we could write the equation as 24° + W° = 90°.
Hence we can determine the value of ∠RQS. 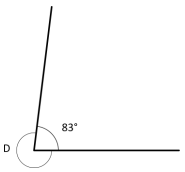 b. In this figure, Q, R, and S lie on a line. Find the measure of ∠QRT 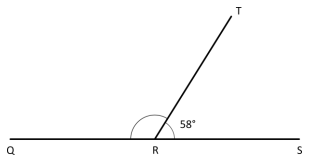 Explanation:
As we know that the line measures 180°, so we need to add 58° with ∠QRT and hence subtract the resultant with 180°. 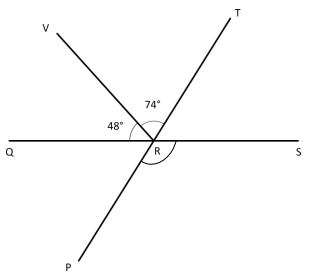 Question 3.
Mike drew some two-dimensional figures.
Sketch the figures, and answer each part about the figures that Mike drew. 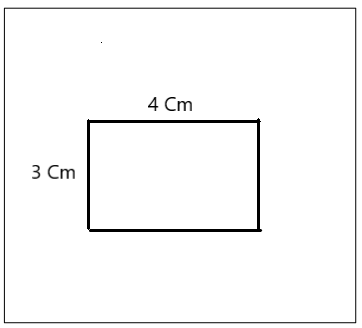 Explanation:
As mentioned in the above question mike drew a four-sided figure with four right angles that have 4 cm long and 3 cm wide. A rectangle has two pairs of opposite sides parallel, and four right angles. So the figure mike drew is a rectangle and it has 2 lines of symmetry.

b. He drew a quadrilateral with four equal sides and no right angles.
What type of quadrilateral did Mike draw?
How many lines of symmetry does it have?
Answer: 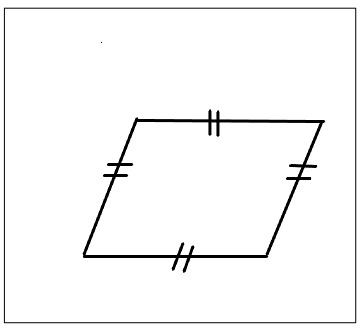 c. He drew a triangle with one right angle and sides that measure 6 cm, 8 cm, and 10 cm.
Classify the type of triangle Mike drew based on side length and angle measure.
How many lines of symmetry does it have?
Answer: 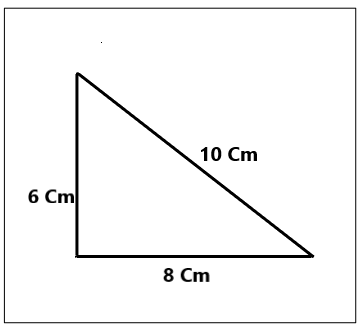 d. Using the dimensions given, draw the same shape that Mike drew in Part (c).
Answer: 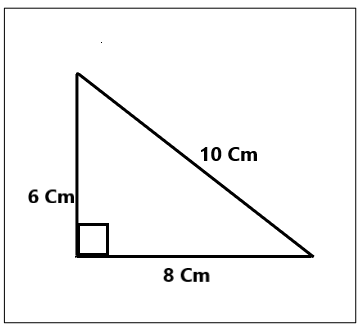 Explanation:
By using the given dimensions mike drew the shape of the right-angled triangle.

e. Mike drew this figure. Without using a protractor, find the sum of ∠FJK, ∠KJH, and ∠HJG. 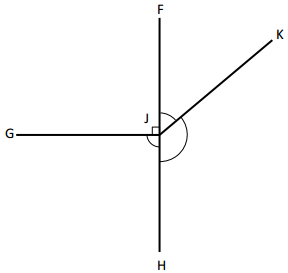 Explanation:
Here we need to find the sum of ∠FJK, ∠KJH, and ∠HJG. As we already know that the complete trip around the edge of a circle is 360 degrees. Now we need to subtract 360° from 90° to get a sum of other angles. By doing so we get the sum of angles as 270°.

g.
Mike used a protractor to measure ∠ABC as shown below and said the result was exactly 130° Do you agree or disagree? Explain your thinking.

Answer:
I disagree. Because mike didn’t use the protractor properly. The 0° should match up with BA but it doesn’t match up.

Explanation:
We can completely disagree with mike’s statement because he doesn’t measure the exact result as he didn’t use the protractor properly. In the diagram, mike lined up the bottom of the protractor with BA instead.

h. Below is half of a line-symmetric figure and its line of symmetry. Use a ruler to complete Mike’s drawing. 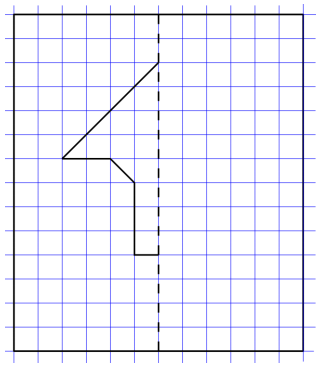 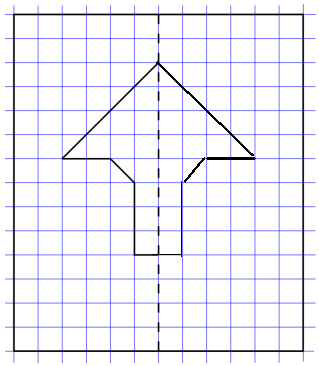 Explanation:
As mentioned in the question we have completed mike’s half of a line-symmetric figure and its line of symmetry using the ruler.