a. What are the coordinates of the center of the circle?
Answer: 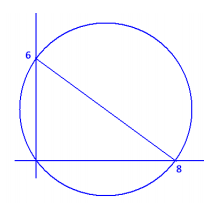 b. What is the area of the portion of the interior of the circle that lies in the first quadrant? (Give an exact answer in terms of π.)
Answer: 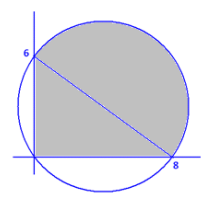 c. What is the area of the portion of the interior of the circle that lies in the second quadrant? (Give an approximate answer correct to one decimal place.)
Answer: 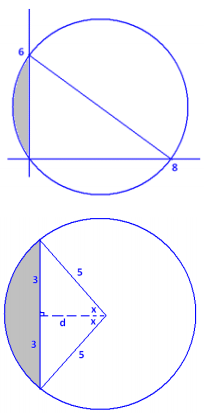 d. What is the length of the arc of the circle that lies in the first quadrant with endpoints on the axes? (Give an exact answer in terms of π.)
Answer:
Since this arc is a semicircle, it is half the circumference of the circle in length:
\(\frac{1}{2}\) ∙ 2π ∙ 5 = 5π
The length is 5π units. 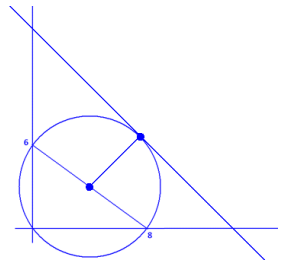 g. Describe a sequence of transformations that show circle C is similar to a circle with radius one centered at the origin.
Answer:
Circle C has center (4, 3 ) and radius 5.
First, translate the circle four units to the left and three units downward. This gives a congruent circle with the origin as its center. (The radius is still 5.)
Perform a dilation from the origin with scale factor \(\frac{1}{5}\) . This will produce a similar circle centered at the origin with radius 1.

Question 2.
In the figure below, the circle with center O circumscribes △ABC.

Points A, B, and P are collinear, and the line through P and C is tangent to the circle at C. The center of the circle lies inside △ABC. 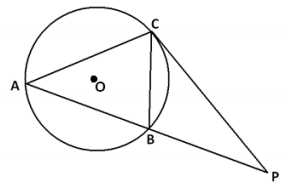 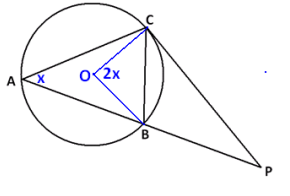 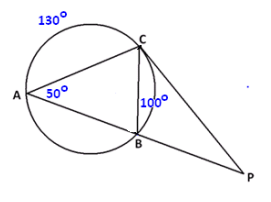 Question 3.
The circumscribing circle and the inscribed circle of a triangle have the same center. 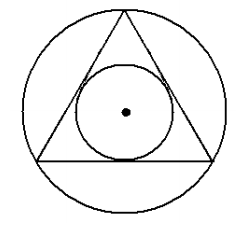 a. By drawing three radii of the circumscribing circle, explain why the triangle must be equiangular and, hence, equilateral.
Answer: 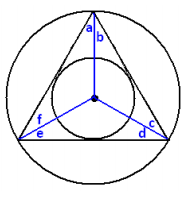 b. Prove again that the triangle must be equilateral, but this time by drawing three radii of the inscribed circle.
Answer: 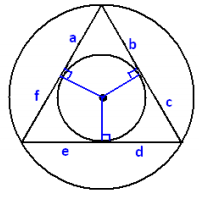 Next, construct two such angle bisectors and call their point of intersection O. This is the center of the inscribed circle. Finally, draw a line through O perpendicular to one side of the triangle. To do this:

Suppose this perpendicular line through O intersects the side of the triangle at the point R. Set the compass to have width equal to OR. This is the radius of the inscribed circle; so, drawing a circle of this radius with center O produces the inscribed circle.

Question 5.
Prove that opposite angles of a cyclic quadrilateral are supplementary.
Answer: 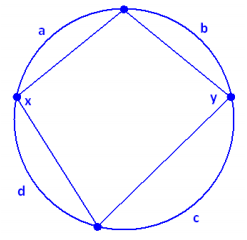