We have covered a great deal of material in Module 1. Our study has included definitions, geometric assumptions, geometric facts, constructions, unknown angle problems and proofs, transformations, and proofs that establish properties we previously took for granted.

The latter tables review the facts associated with problems covered in Module 1. Abbreviations for the facts are within brackets.

1. (Line) Given any two distinct points, there is exactly one line that contains them.

2. (Plane Separation) Given a line contained in the plane, the points of the plane that do not lie on the line form two sets, called half-planes, such that
a. Each of the sets is convex.
b. If P is a point in one of the sets and Q is a point in the other, then \(\overline{P Q}\) intersects the line.

8. (Parallel Postulate) Through a given external point, there is at most one line parallel to a given line. 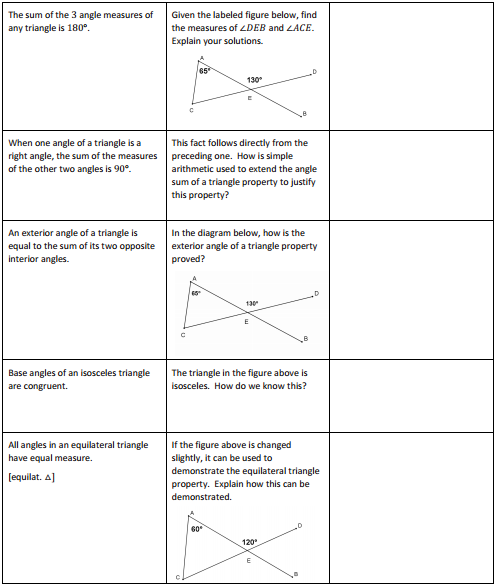 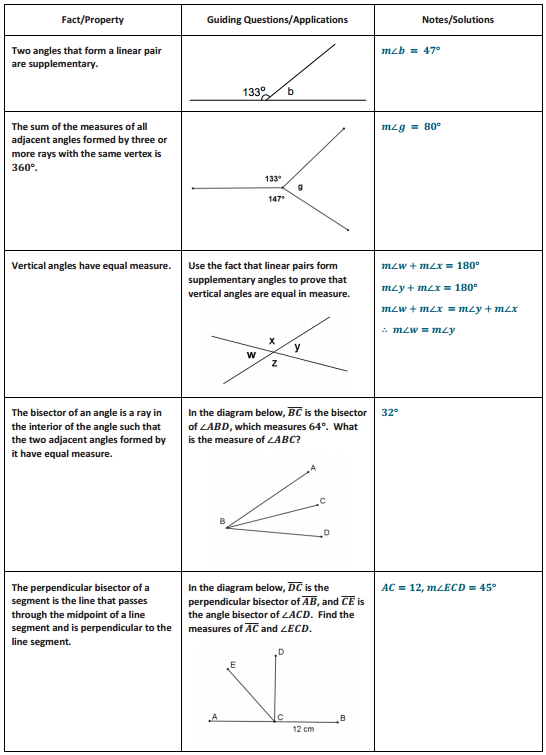 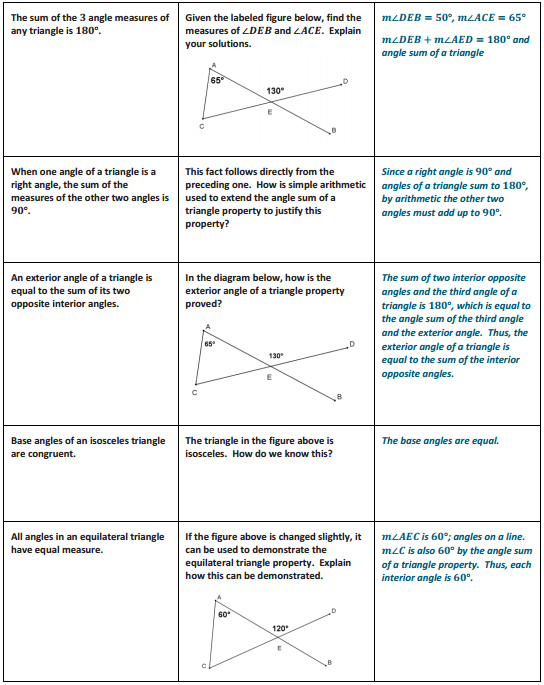 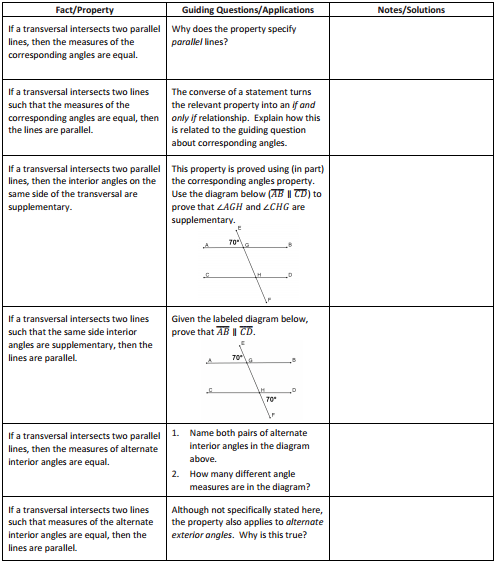 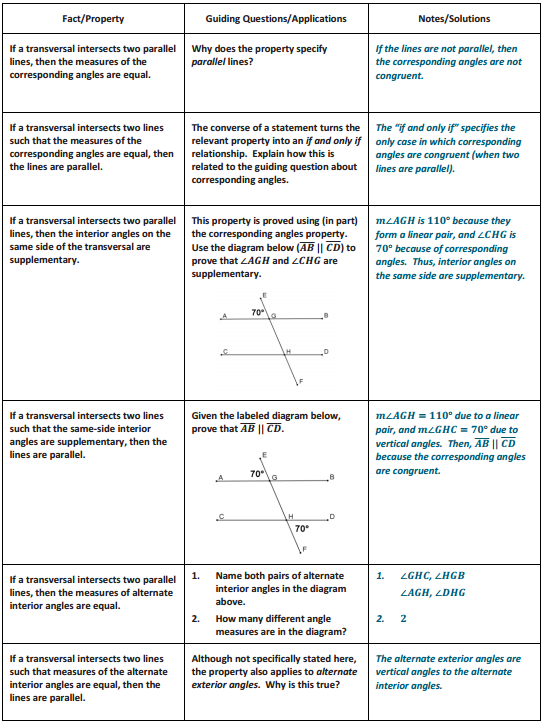 Use any of the assumptions, facts, and/or properties presented in the tables above to find x and y in each figure below. Justify your solutions. 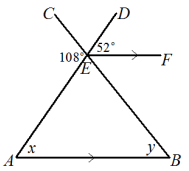 Question 2.
You need to draw an auxiliary line to solve this problem.
x =
y = 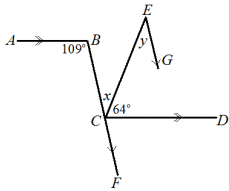 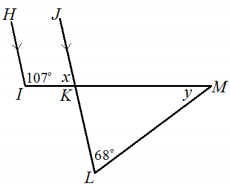 Question 4.
Given the labeled diagram at the right, prove that ∠VWX ≅ ∠XYZ.

Question 1.
Which assumption(s) must be used to prove that vertical angles are congruent?
Answer:
The “protractor postulate” must be used. 1f two angles, BAC and CAD, form a linear pair, then they are supplementary (e.g., m∠BAC + m∠CAD = 180°).