Question 1.
In their entrepreneurship class, students are given two options for ways to earn a commission selling cookies. For both options, students will be paid according to the number of boxes they are able to sell, with commissions being paid only after all sales have ended. Students must commit to one commission option before they begin selling.

a. Define the variables and write function equations to model each option. Describe the domain for each function.
Answer:
Let C represent the commission for each option in dollars for Option 1 and in cents for Option 2. (Note: Students may try to use 0.02 for the exponential base but will find that the decimals present problems. They might also use 200 for Option 1 so that both can use cents as the unit. However, as long as they are careful, they can use different units for each function.)
Let x represent the number of boxes sold.
C1 = 2x (in dollars)
C2 = 2x (in cents)
Domain: Positive integers

d. How many boxes of cookies would a student have to sell before Option 2 pays more than Option 1? Show your work and verify your answer graphically. 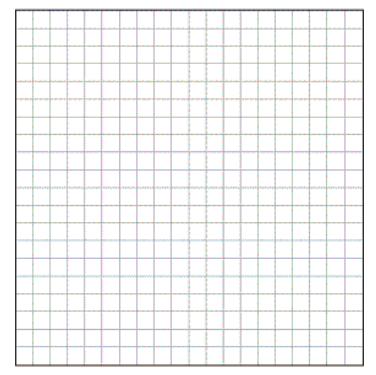 Answer:
Using tables: We see that at 11 boxes Option 1 is still more than Option 2, but after that it reverses. 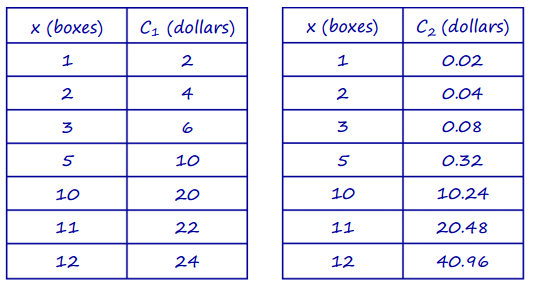 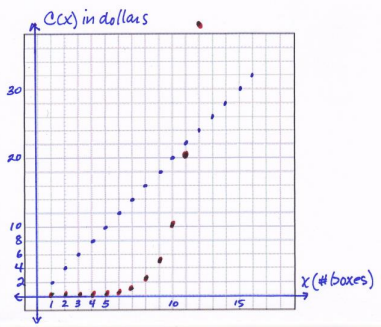 When graphing both functions on the same coordinate plane, it is important to remember to use the same units for both equations and that the graph will be discrete.

Question 2.
The table shows the average sale price, p, of a house in New York City, for various years, t, since 1960.

a. What type of function most appropriately represents this set of data? Explain your reasoning.
Answer:
Quadratic The first differences are not the same, but the second differences are the same.

Question 3.
Veronica’s physics class is analyzing the speed of a dropped object just before it hits the ground when it is dropped from different heights. They are comparing the final velocity, in feet/second, versus the height, in feet, from which the object was dropped. The class comes up with the following graph.

a. Use transformations of the parent function, f(x)=\(\sqrt{x}_{\iota}\), to write an algebraic equation that represents this graph. Describe the domain in terms of the context. 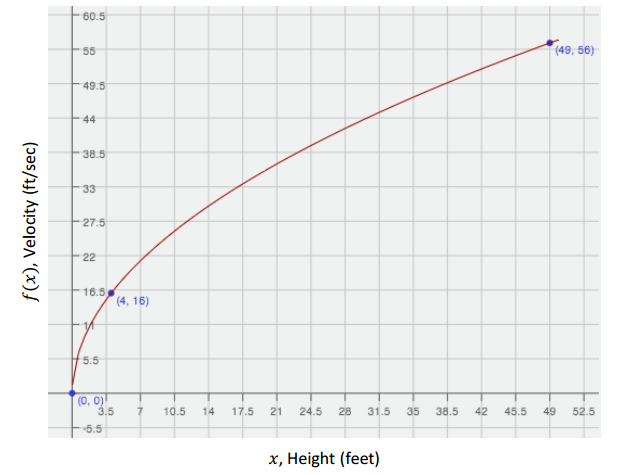 b. Veronica and her friends are planning to go cliff diving at the end of the school year. If she dives from a position that is 165 ft. above the water, at what velocity will her body be moving right before she enters the water? Show your work and explain the level of precision you chose for your answer.
Answer:
f(165) = 8\(\sqrt{165}\) ≈ 102.8 . Her velocity will be approximately 103 ft/sec just before she enters the water. Since the information in the problem is given to the nearest whole number of feet and seconds, I decided to do the same for my answer.

c. Veronica’s friend, Patrick, thinks that if she were able to dive from a 330 ft. position, she would experience a velocity that is twice as fast. Is he correct? Explain why or why not.
Answer:
He is not correct. Patrick is describing the relationship between the velocity and the height as if it were a linear function, but it is not. The graph that represents the relationship between the two is a square root, which has average rates of change on different intervals that are different from a linear function. I rounded to the nearest whole number because this is a model and only approximates a real-world phenomenon. f(330 ) = 8\(\sqrt{330}\) = 145.3 . Her velocity would be approximately 145 ft/sec which is not double the 103 ft/sec speed calculated before.

b. If the multiplication rate remains constant for two hours, which type of bacteria is more abundant? What is the difference between the numbers of the two bacterial types after two hours?
Answer:
Continuing the table from part (a) we find that the Oranges will have one more split in the first hour, so two more after two hours. The Oranges will have 47, 185, 920 more bacterial cells than the Purples. (At 2 hours, Oranges = 50, 331, 648 and Purples = 3, 145, 728.)

c. Write a function to model the growth of Peculiar Purples and explain what the variable and parameters represent in the context.
Answer:
P(n) = 3(4n) , where n represents the number of 12 -minute splits, 3 is the initial value, and 4 is the number of Purples created for each split. 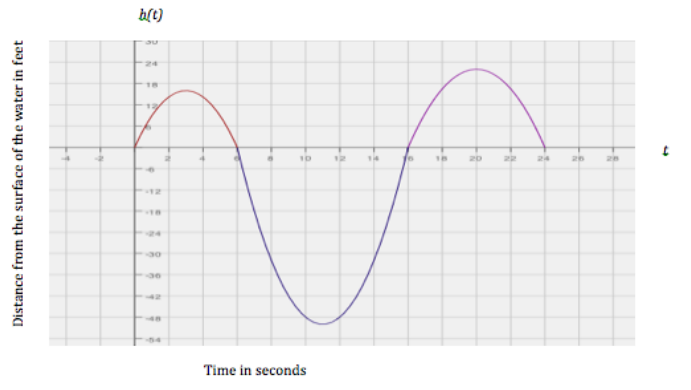 d. Compare your answers for parts (b) and (c). Explain why the rates of change are different in the context of the problem.
Answer:
The two average rates show that the dolphin’s rate is the same for each interval except that in the first it is moving downward and in the second upward. They are different because of the symmetric nature of the quadratic graph. The intervals chosen are symmetric, so they will have the same y-values.

Question 6.
The tables below represent values for two functions, f and g, one absolute value and one quadratic.

a. Label each function as either absolute value or quadratic. Then explain mathematically how you identified each type of function. 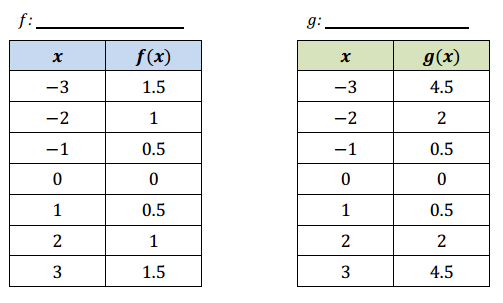 b. Represent each function graphically. Identify and label the key features of each in your graph (e.g., vertex, intercepts, axis of symmetry). 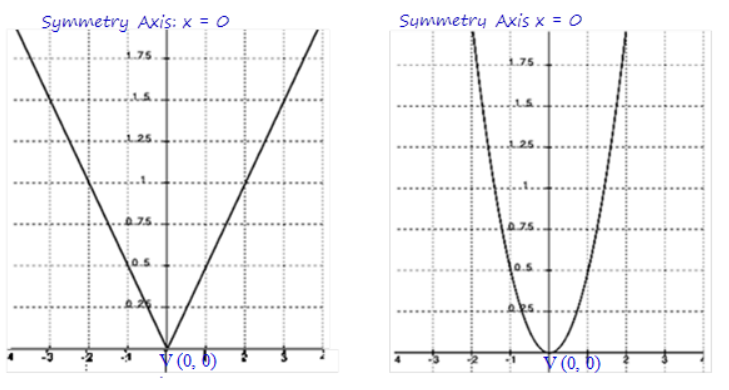