c. Sketch the graphs of h(x) and g(x) on the same coordinate plane. 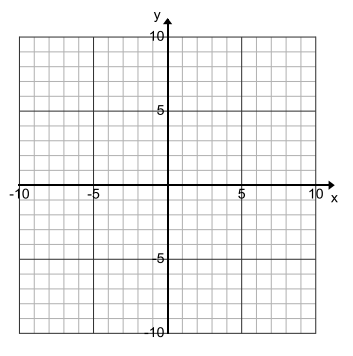 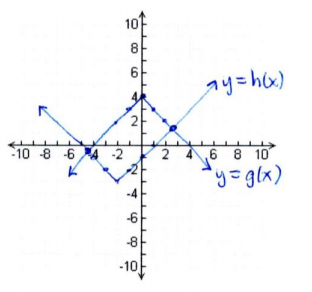 Yes, the estimates are correct. They each make the equation true.

b. What is the domain of f?
Answer:
D: all real numbers

c. What is the range of g?
Answer:
R: all real numbers

e. Compare and contrast f and g. How are they alike? How are they different?
Answer:
When x is positive, both functions give the same value. But when x is negative, f gives the always-positive value of x2, whereas g gives a value that is the opposite of what f gives.

f. Is there a value of x such that f(x) + g(x) = – 100? If so, find x. If not, explain why no such value exists.
Answer:
No. f and g are either both zero, giving a sum of zero; both positive, giving a positive sum; or the opposite of each other, giving a sum of zero. So, there is no way to get a negative sum.

Question 3.
A boy bought six guppies at the beginning of the month. One month later, the number of guppies in his tank had doubled. His guppy population continued to grow in this same manner. His sister bought some tetras at the same time. The table below shows the number of tetras, t, after n months have passed since they bought the fish.

a. Create a function g to model the growth of the boy’s guppy population, where g(n) is the number of guppies at the beginning of each month and n is the number of months that have passed since he bought the six guppies. What is a reasonable domain for g in this situation?
Answer:
g(n) = 6•2n Domain: n is a whole number.

d. Use graphs or tables to approximate a solution to the equation from part (c). Explain how you arrived at your estimate. 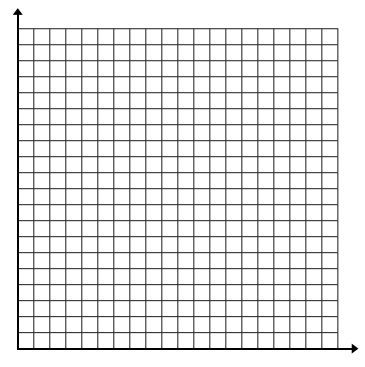 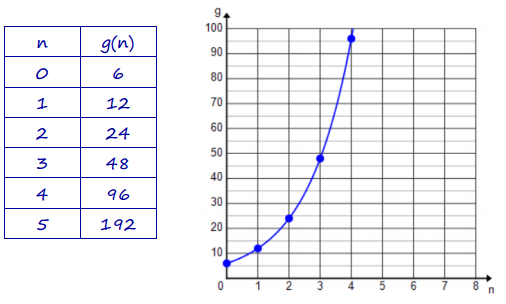 At the end of 4 months, there are 96 guppies which is not quite 100. So during the 5th month, the guppy population reaches 100.

g. Use graphs to estimate the number of months that will have passed when the population of guppies and tetras will be the same. 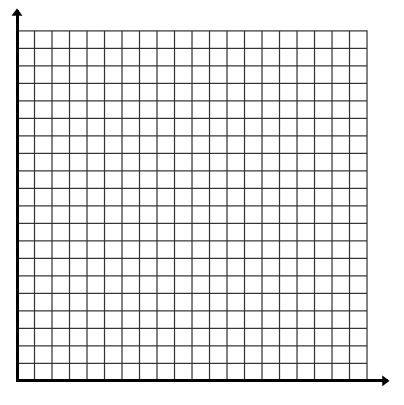 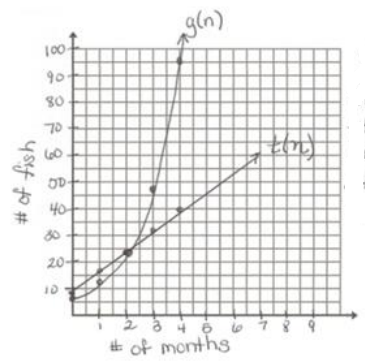 a. How many dark triangles are in each figure? Make a table to show this data.

c. Create a function that models this sequence. What is the domain of this function?
Answer:
T(n) = 3n, D: n is a whole number. 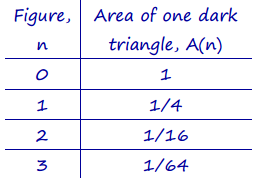 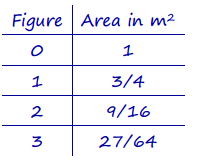 f. Let P(n) be the sum of the perimeters of all the dark triangles in the nth figure in the sequence of figures. There is a real number k so that
P(n + 1) = kP(n)
is true for each positive whole number n. What is the value of k?
Answer:
Let x represent the number of meters long of one side of the triangle in Figure 0. 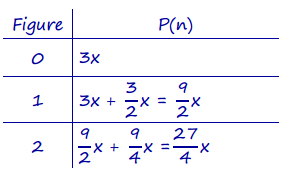 Question 5.
The graph of a piecewise function f is shown to the right. The domain of f is – 3≤x≤3.
a. Create an algebraic representation for f. Assume that the graph of f is composed of straight line segments. 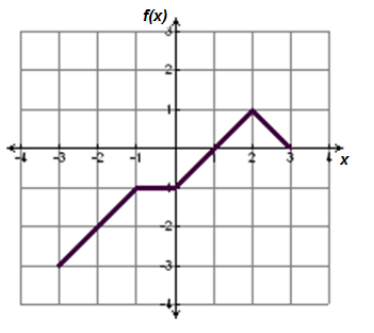 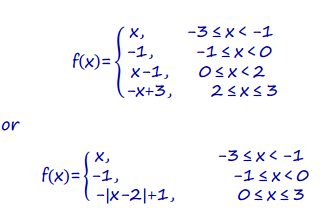 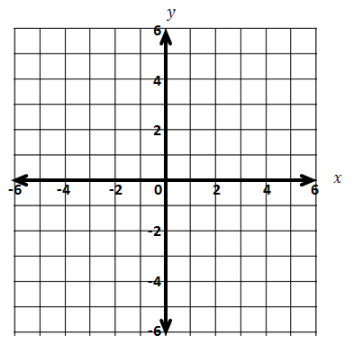 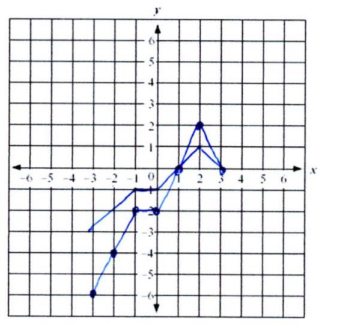 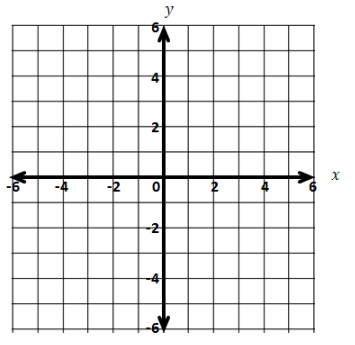 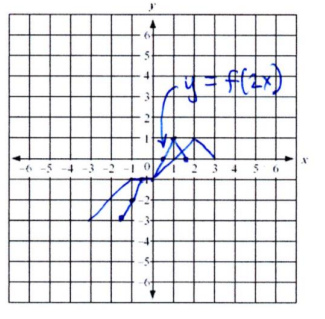