A polygon is a two-dimensional figure that consists of a finite number of sides. The sides of a polygon are connected by line segments. The end connected by the line segments is called the vertex. There are Different Types of Polygons available in geometry. Poly means many and gon means an angle. The area and perimeter of the polygon completely depend on their shape. Any polygon can be classified depends on its sides and vertices. If a polygon has four sides and four vertices, then that polygon is named a quadrilateral.

Types of Polygons and their Properties

Based on the sides and vertices, the polygons are classified into different types. Check out the below polygons and their properties along with the examples and images.

A Polygon is said to be a Regular Polygon when all of its sides are equal. Also, a regular polygon has all the interior angles are the same. For example, a regular hexagon consists of equal six sides, and also its interior angles give a total of 120 degrees. 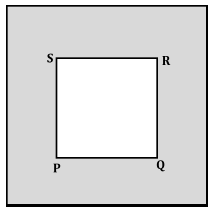 An irregular hexagon that vertices are completely outwards.

The polygons are called equilateral polygons when it has all sides are equal. An equilateral triangle, a square, etc., are examples of Equilateral Polygons.

The polygons are called Equiangular Polygons when all of their interior angles are equal. An example is a rectangle.

Types of Polygons with Sides 3-20

Below is the Classification of Polygons according to the number of sides and the angle measure. They are as follows

FAQs on Different Types of Polygons?

A polygon is a two-dimensional figure that consists of a finite number of sides.

2. How many different types of Polygons are there?

9 Sided Shape is Called an Enneagon or Nonagon.