What is a Triangle?

A triangle is a two-dimensional closed figure with three sides and three angles. Each segment is called a side and the point where two sides meet is known as the vertex.

Based on their sides:
1. Scalene Triangle
2. Isosceles Triangle
3. Equilateral Triangle

Based on their Angles:
4. Acute Triangle
5. Obtuse Triangle
6. Right Triangle

How do we Classify a Triangle?

Triangles can be classified by side length and angles. Each of them is explained with necessary diagrams and definitions in the further modules. They are as under

Types of Triangle Based on Sides 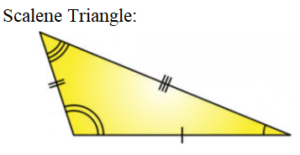 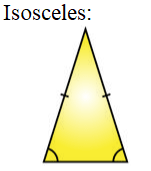 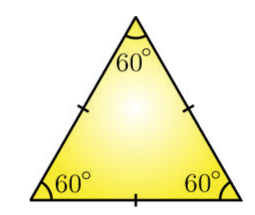 Types of Triangle Based on Angles 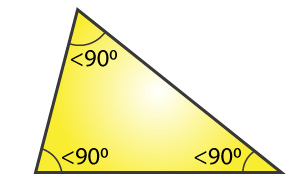 A triangle in which one of the angles is 90 degrees is called right-angled triangle. In a right angle triangle, the side opposite to the right angle will be the longest side which is called the hypotenuse.

Triangle and its Classification Examples

1. What are the classification of triangles?

There are two ways of classification of triangles
1. based on sides (Scalene Triangle, Isosceles Triangle, Equilateral Triangle)
2. based on angles (Acute Triangle, Right Triangle, Obtuse Triangle).

2. What are 3 ways to classify a triangle by its sides?

3. What are the 4 types of triangles?