Spike Abacus is a manual tool to easily learn mathematical calculations using abacus base and beads. Also, it can help students in performing arithmetic operations on their own within seconds. Children show interest in mathematics by Learning through Abacus.

Spike Abacus has iron spikes on a wooden base, where every spike represents the place values like ones, tens, hundreds, and so on. The spike has beads to show the numbers given. You can make use of this abacus by performing math functions in different digits of numbers. Here, we will learn about 4-Digits Number on Spike Abacus and their representation on spikes. You can also know how to perform some arithmetic operations on 4-Digits Numbers using Abacus. 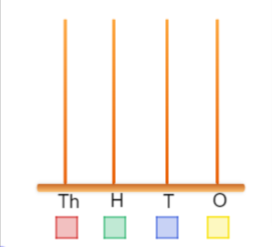 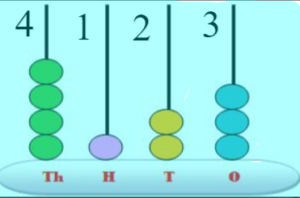 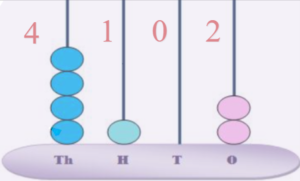 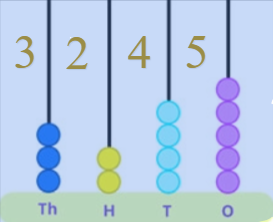 Step 1: Take the given numbers and notice the place values of two numbers

Step 2: Now, keep the beads in the place values of two given numbers in 2 spikes of the abacus.

Step 5: Next, represent this resultant addition of 4-digits numbers 3245, 2413 ie., 5,658 using beads on Spike Abacus Base. Take a look at the below resultant representation. 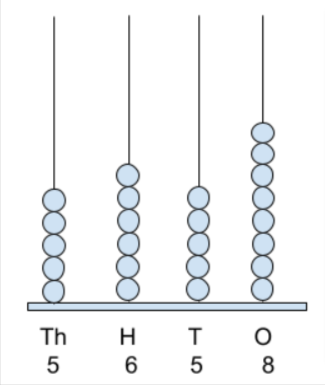