Spike Abacus is a subject that facilitates understanding mathematical numbers and calculations very accurately. Abacus is a tool to easily perform calculations like addition, subtraction, multiplication, and division. The numbers are represented on spikes with the help of beads and it has the place values of the numbers on the spike abacus.

Place values of the digits are one’s, tens, hundreds, thousands, etc. Mainly, Spike Abacus is used to understand the concept of numbers. In numbers, we have many forms like 1-digit, 2-digit, 3-digit, etc. With the help of the abacus, here we are going to learn the 3-digit numbers quickly.

Numbers in 3-digits are 900 i.e., 100 to 999 numbers. Although, we know the numbers placed in their place values, where these 3-digit numbers are placed at the hundreds place, tens place, and in one’s place on spikes of the abacus. We use balls or beads to show these numbers. Now, we will see how to represent the 3-digit numbers in the spike abacus base in the below section.

How to Represent the 3-Digits Numbers on Abacus?

As we know place value will be increased ten times than previous place value. These three-digit numbers are placed in three place values like hundreds, tens, one’s places. Let’s discuss how to show them in the form of an abacus using spikes. The spike which doesn’t have any beads indicates the number 0. Below, we are taking some random Three-Digit Numbers and representing them using the Spike Abacus. Take a look at the following images of 3-digit numbers on the Abacus & understand the concept practically:

Now, we have taken two numbers 424, 304 for representing them in Spike Abacus. With the help of beads on spikes, we can place them on their place values of the digits. 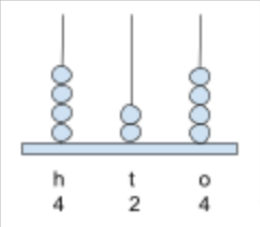 Here, the given 304 is the 3-digit number, where 3 is placed on hundreds place, there is no bead in tens place that represents the number 0, and 4 is placed in one place on spikes of the abacus.

Now, we have to place the digits in their place values

Let represent this addition with the abacus base. 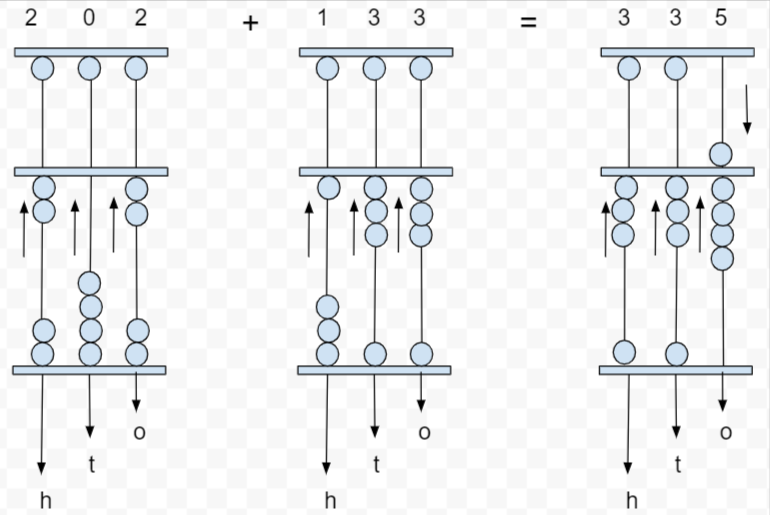 First, we place the numbers in their place values.

Thus, the subtracted number is 212.

Next, we represent this subtraction in the form of spikes of the abacus as follows: 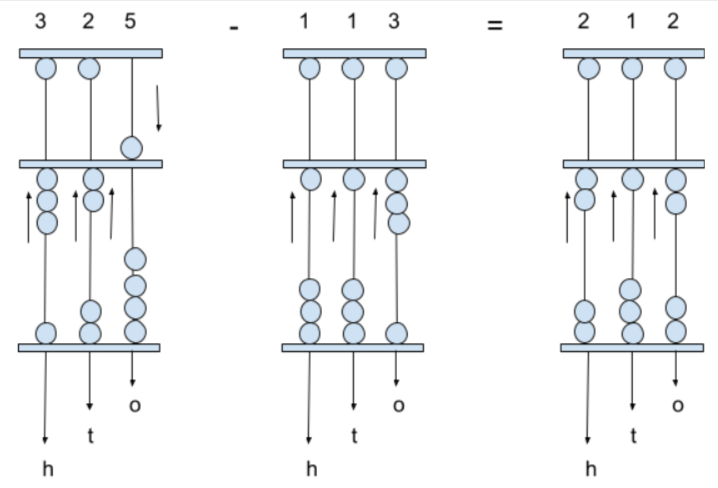