Students who are excited to learn abacus should start with fundamentals like representing numbers on Spike Abacus. In the abacus, the numbers are shown by the place value of the digits like one’s, tens, hundreds, and so on.

Now, we will start with learning how to write 1-digit numbers on a spike abacus, which helps the children to know about the concept of numbers. In this guide, you get to know about the detailed information on showing a 1-digit number on Abacus. If you want to check how to represent the numbers on the spike abacus in a detailed way, let’s click on the direct link provided here.

What are One-Digit Numbers?

Representation of 1-Digit Numbers on Abacus 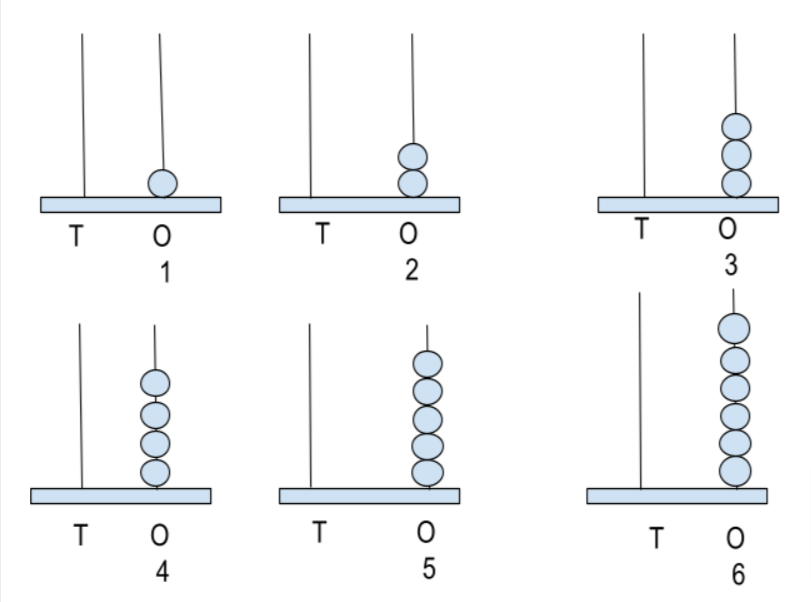 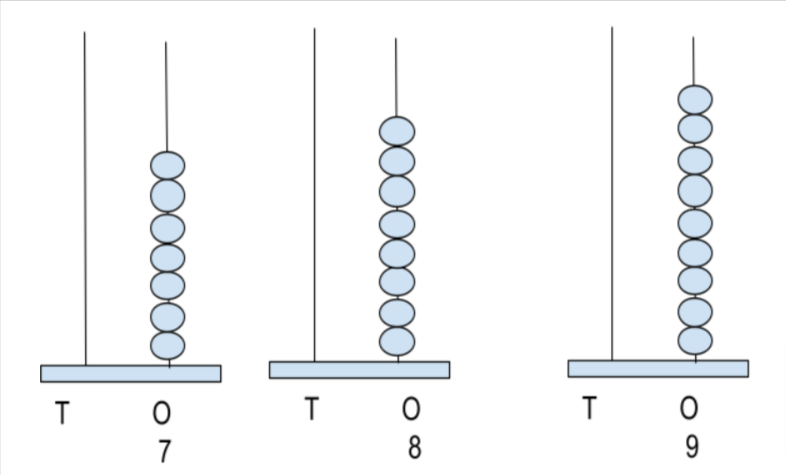 The represented balls in one’s spike are considered as one-digit numbers. For example, if the number is 5 then you will see the 5 beads on the one’s place of spike abacus. For quick reference and easy memorization, we have given 1 to 9 numbers representation on the spike abacus via images.

Given numbers are 4 and 3

For adding 1-digit numbers on the spike abacus, you should follow the below steps carefully,

In step 1, we have to represent the first given 1 digit number in the abacus ie., 4 beads in one’s place spike on the abacus.

In step 2, take another given digit number ie., 3, and place the 3 beads in one’s place spike on the abacus.

Below is the representation of the addition of numbers 4, 3 using spike abacus base:

Follow, the below steps to subtract the given numbers using spike abacus:

First, we have to place these numbers as beads on one’s place on the abacus base.

Subtract these beads from one spike to another spike then you will get the subtracted one-digit number.

Let see this subtraction using Spike Abacus as below: